7 Facts About Pain that you didn’t Know 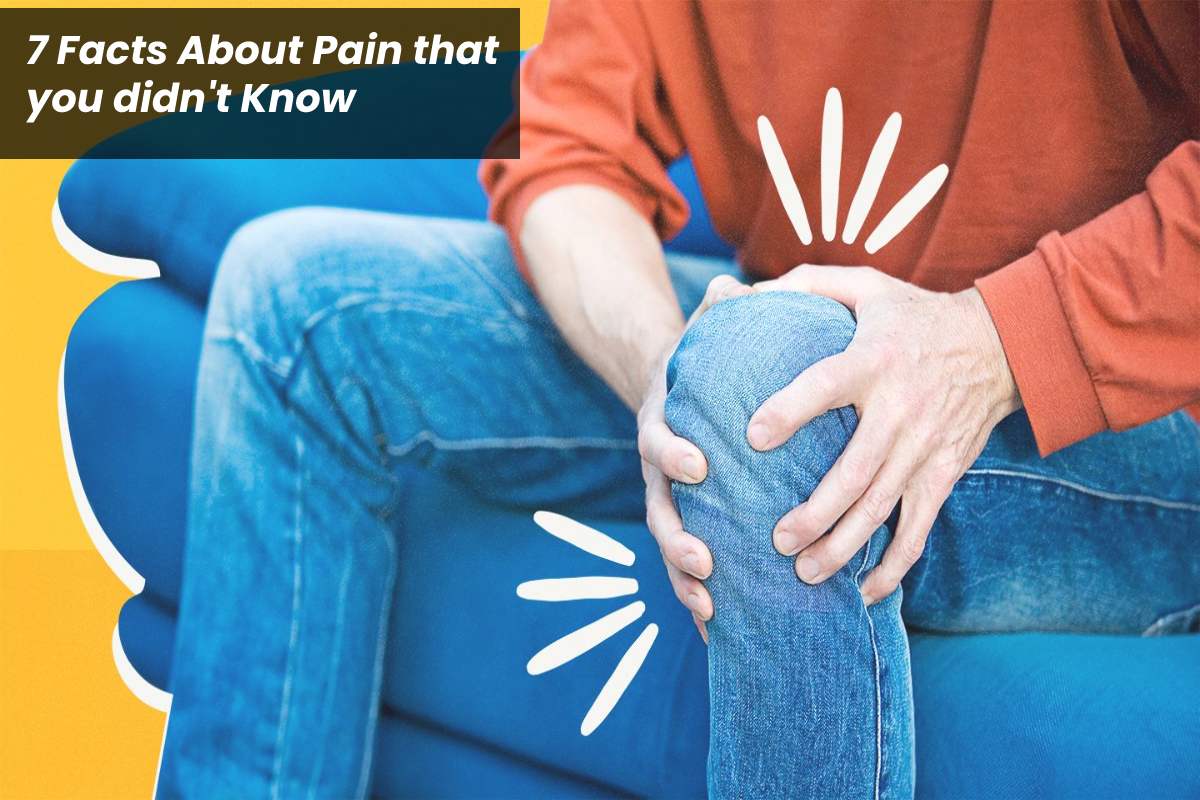 Pain is experienced by everyone without exception.  Someone more often, someone less often. To get rid of acute pain, duract will help you. The feeling of pain is very individual: the same effect in two people causes different reactions. Some people faint from an ordinary injection, while for others a broken leg is not a reason to stop.

Don’t be surprised. Pain has a protective function. Its purpose is to let you know that something is wrong with your body. People who don’t feel pain (yes, they exist too) usually die at a fairly early age. They don’t feel that they are hurt or burned, so they don’t have time, for example, to remove their hand in time. The wound is deeper and rather easily infected. Insensitivity to pain makes the body of such people much less protected.

Perception of Pain varies by Gender

Most women are destined to experience extremely severe pain. Of course, we are talking about natural childbirth. Nature has made sure that women endure this painful event as easily as possible. Her sex hormones are capable of dulling the feeling of pain. In general, the “weaker sex” has a higher pain threshold than the “stronger sex”.

In men, on the other hand, adrenaline is responsible for suppressing pain. It is the stress hormone, which is produced in extreme conditions.

It often happens that a person experiences severe pain, goes to the doctors, is thoroughly examined, but all the specialists declare that he is absolutely healthy. “Yes, he just made up this pain,” you will think. And you would be right, but only partially. The pain this man is experiencing is real, not imaginary. He is really suffering. Yes, the pain has no physical cause, but it does not make it any less painful.

Often the cause of this pain is an unsolvable problem or great stress. The center of pain can be almost any organ with pain receptors. If the emotional problem is not solved for a very long time, a person may develop a real disease, such as a gastric ulcer or irritable bowel syndrome. These diseases are called psychosomatic diseases.

Our Body has a “Pain Memory”.

If a person has had an amputated arm or leg, he can still experience phantom [pain] for a long time. That is, the limb is no longer there, but the person feels [pain] in it as if there was no operation.

University of Massachusetts researcher Lorna Daniels believes that the “pain center” in the brain retains records of all [pain] impulses that have ever entered it. Therefore, phantom pains are caused by the fact that the brain “remembered” the [pain] that occurred when a body part was lost.

This curious fact was found out by Norwegian scientists. The experiment consisted of the following: 16 people were seated in front of a monitor. At first, they were shown the level of supposed thermal influence. After – they heated the electrode on the hand to a certain temperature (from warm to very hot) and were asked how intense the [pain] was.

What is unusual about this study? The fact is that the scientists resorted to cunning. The actual temperature of the electrode did not match the data displayed on the screen. It turned out that if a person was expecting a very strong thermal impact, and he was given a pulse comparable to the temperature of a hot cup of coffee, he regarded this [pain] as insignificant. If, however, the expected temperature was lower than the real one, then the [pain] sensations were rated by the subjects as strong and unpleasant.

That is, the person, who was preparing for the worst, suddenly realized that the [pain] was quite bearable. This made him feel relieved, and therefore he perceived the [pain] as mild.

The Worst [Pain] in the World

Do you think there’s nothing more painful than a low blow or childbirth? Not at all. Doctors claim that the most [pain] a person experiences is a cluster headache. It is so severe that it causes thoughts of suicide.

Fortunately, this disease is quite rare – only one person in a thousand suffers from it. Most often it is men. Cluster [pain] occurs in series several times a year. Each attack lasts from fifteen minutes to three hours. The [pain] is usually in the eye area.

American [pain] expert Paul Cristo tells us: ” I had patients who claimed that it was much worse than childbirth or burns.” The causes of cluster headaches are still unknown, and doctors have not yet learned how to treat this disease.

Analgesics are not Necessary for all Types of [Pain]

International medical organizations have developed standards for the treatment of various types of [pain]:

– For heartburn, analgesics are categorically not indicated because they can worsen the condition of the gastric mucosa. To relieve this [pain], it is recommended to use antacids.

– Migraine is primarily tried to treat with NSAIDs, but if they do not help, triptans can be used.

– [Pain] from bruises, scrapes and sprains is relieved with non-narcotic analgesics. And in the case of severe trauma, opioids can be used only under the supervision of a doctor and for the shortest possible course.

– Renal colic – depending on the severity of the [pain], a warm bath and taking analgesics, or the administration of opioids in stationary conditions, may help.

– Chronic back [pain] is usually relieved by anti-inflammatory drugs. In particularly severe cases, narcotic analgesics may be recommended.

– [Pain] caused by fibromyalgia is eliminated with antidepressants and anticonvulsants.

These were interesting facts about human [pain]. As we can see, our body still has many unsolved mysteries and the sensation of [pain] is one of them. Take care of yourself and be healthy!

THE PERKS OF CHIROPRACTIC CARE

How To Stay Successful In Your Weight Loss Journey

Have a Headache? Try These Teas

Different Kinds of Physical Therapy: What Kind Do I Need?

WHAT SHOULD BE THE IDEAL LENGTH OF YOUR SKIPPING ROPE?