Great Things That Happen When You Stop Drinking Alcohol 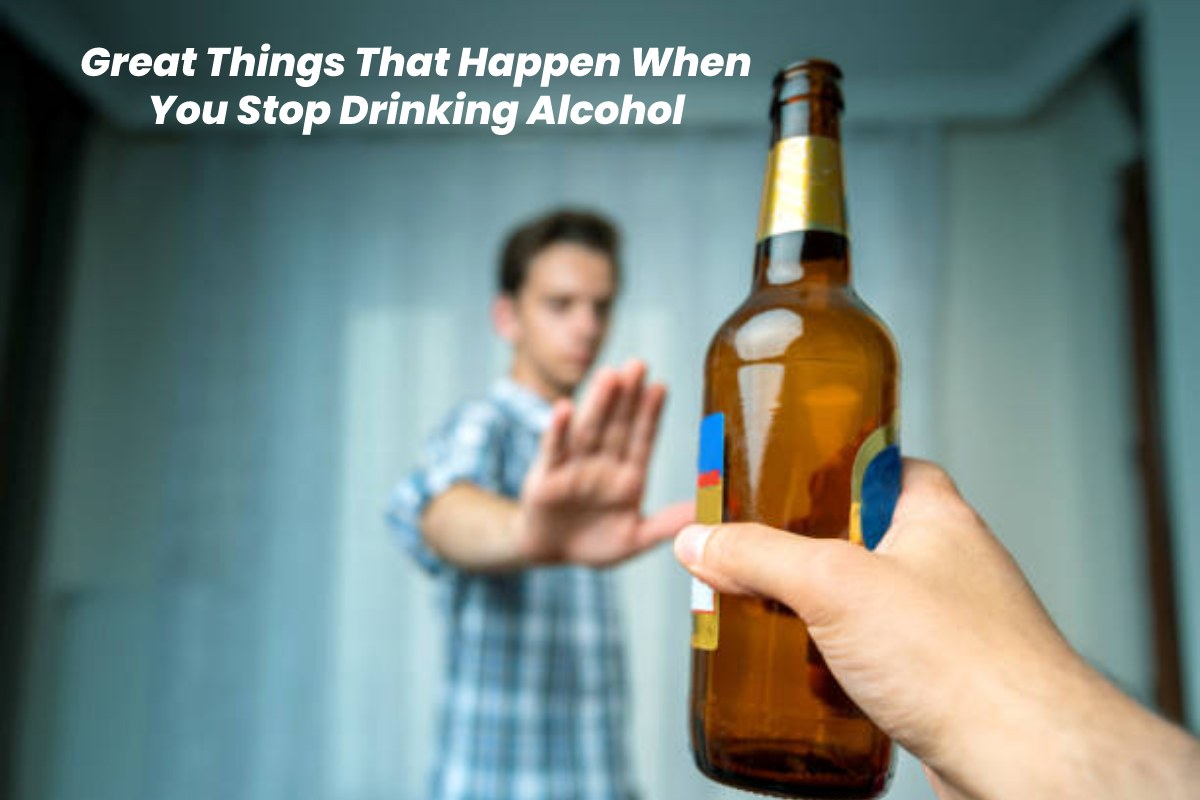 Stop Drinking Alcohol – When you think about it, what do the majority of parties have in common? Alcohol. There are likely to be alcoholic beverages at each celebration you attend, including weddings, birthday parties, and holiday gatherings. It’s true that social drinking isn’t necessarily harmful, but it’s estimated that over 15 million adults in the United States suffer from an alcohol use disorder. In addition to the classic symptoms of alcoholism, many of these 15 million people also regularly partake in binge drinking.

Drinking alcohol, even if only occasionally, has a plethora of negative effects on your life. Until you cut back or stop drinking, you may not realize the extent to which alcohol is influencing your life. Read on to find out more.

When you cut back or entirely stop drinking, the first thing you’ll notice is how much money you were wasting. The cost of alcohol can add up to a significant sum over the course of a month.

Your Health Will Improve

Cirrhosis is a known result of drinking too much. But did you know that drinking too much alcohol puts your health at risk in many more ways? If you drink so much that you regularly lose time or even pass out, you could be more likely to get dementia when you are older. Heavy drinking can also make you more likely to get heart disease, diabetes type 2, and some kinds of cancer.

Heavy drinking could also cause car accidents because it makes it hard for you to make decisions and act quickly. When you stop drinking, your chances of getting these things go down, and you can live a healthier life.

You’ll Have A Better Sex Life

We’ve all had sexual experiences that were not so great. But too much drinking can make people have worse sex.

Both men and women get sick from drinking. In men, it can make it hard to get an erection (if this is an issue for you, you can try Tadalafil Daily at Chemist Click). It can make the vaginal area dry in women, and it can make both of them less sensitive. When you stop drinking, you won’t have to worry about these side effects, so your sex life will be better than when you were drinking.

Losing Weight Will Be Easier

The ultimate health goal of many people is to lose weight. For some, it might be a lot, for others, just a few pounds. It should be simple; a good, healthy diet and regular exercise should mean that you lose weight, but if you’re doing this and nothing is helping, it could be that alcohol is to blame.

You might not realize it, but alcoholic drinks are full of sugar and calories, and they can certainly add to weight gain or at least make it difficult to lose weight when you want to. If you quit drinking, it should become easier to lose weight, plus you’ll be more motivated to work out because you won’t feel sick from a hangover, and you’ll have a lot more energy.

What Is Considered A Dental Emergency?

Cooling Mattresses: What Are They and How to Know If You Need Them?

How COVID Has Changed Primary Care Forever: 5 Aspects That Won’t Go Away