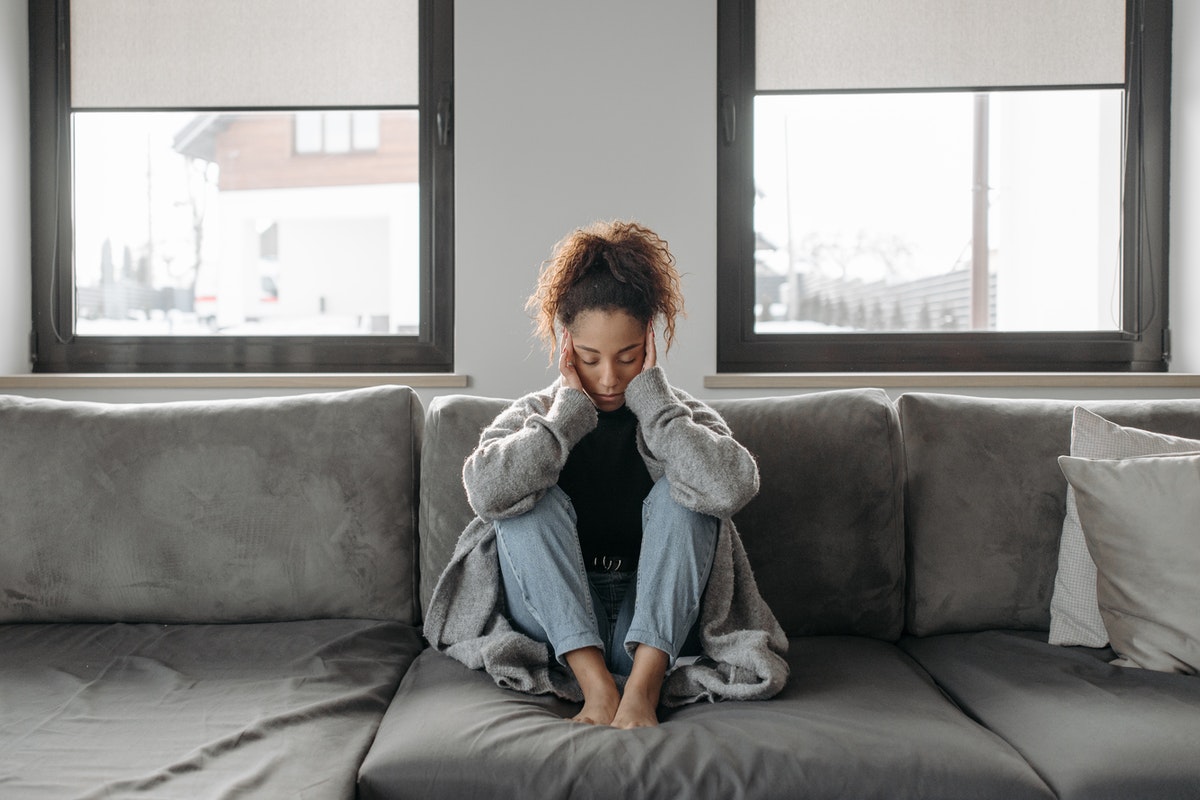 Overthinking  – When making a decision, we’re told that it’s important to weigh your options. But for some, this process leads them to a point where they feel like they can’t get out of their heads anymore. They’re no longer thinking things through. They’re overthinking them.

We’ve all gone through a stressful situation where we’ve experienced a similar pattern, but when it becomes a habit, you can no longer mentally detach yourself from your worries. Your mind is either ruminating over terrible things that might happen at some point in the future, or it takes you back to the past, where you ruminate over things that could have or should have happened.

The more you think about it, the more stressed and anxious you get and the harder it is to stop thinking about it.

Problem–solving and overthinking are two very different things. If you were problem-solving, your focus would be on coming up with a solution. That would be productive. But no. When you’re overthinking, you’re fixating on the problem.

Say there was a storm. Problem-solving would mean thinking about what you can do to minimize the potential damage caused by a storm. You’d come up with solutions like putting some of the things that might get blown away from your backyard in your garage, putting up sandbags to keep your house from getting flooded, and boarding up the windows.

With overthinking, you’d be fixating on the damage and how unlucky you are, how difficult like is, and so on. You’d start with the same problem, but instead of coming up with solutions, your thought patterns would only add to your anxiety and make you feel helpless.

The most common causes of overthinking are anxiety and depression. If you’re reading this article because you have a tendency to overthink things, you may have noticed that it’s more likely to happen when you’re faced with major life decisions like making a big step in your relationship, moving to another city, or changing jobs.

You’ll keep going over all the possible outcomes and looking for the safest option because you don’t trust your ability to handle potential complications.

The two main forms of overthinking are ruminating and persistent worrying.

When you ruminate, you focus on the past. Maybe some things in your life are not going well, so you connect them to decisions you’ve made in the past. You start to think that you’d be so much happier if only you hadn’t moved somewhere else, changed jobs, or ended a previous relationship. This is a vicious cycle because it chips away at your confidence in your ability to make good decisions. In truth, you don’t really know how things would have turned out, and you chastise yourself for imagined mistakes instead of taking action to improve your present situation.

Persistent worrying, on the other hand, focuses on the future and usually involves catastrophic predictions. For instance, you need to give a presentation the following day. You’re nervous, so you start to think of all the things that might go wrong doing the presentation. You might say something embarrassing, and not only will your co-workers witness it, but so will your boss. Everyone will be disappointed. Then you start to think of the consequences. You might lose the chance to get a promotion. Or even worse, you might get fired. And then you won’t be able to get another job, and it goes on and on.

It may seem counter-intuitive, but research shows that spending less time thinking about a problem helps you come up with better solutions and make better decisions. Spending too much time thinking about a problem can result in “paralysis by analysis,” where you keep going over all the possible outcomes, and you become so afraid of making a bad decision that you do nothing at all.

Having said that, the pattern is difficult to break because trying not to think about something tends to make you think about it more.

It’s better to find a distraction. If you sense that you’re becoming anxious and your mind is fixating on a problem, try to distract yourself with something else like a hobby or doing something new like learning a new recipe. Your distraction should be enjoyable, so it’s more engaging, but any activity will do as long as it’s immersive. You could also clean the house while you listen to a podcast. The goal is to find something that will keep your mind too busy to ruminate.

It will continue to think about the problem in the background, but this way, you will avoid catastrophic predictions and other anxiety-inducing thought patterns.

If you’re faced with a decision, but it’s not urgent, instead of going over it again and again and again, give yourself the time to sleep on it. But people who tend to overthink decisions also often have trouble sleeping.

If that’s the case for you, try to lower the temperature in your bedroom and take a hot bath before going to sleep. As your body’s core temperature drops, you’ll notice you start to get sleepy. You can also try natural sleep aids like Organic CBD Nugs. To distract yourself, you can listen to an audiobook or guided meditation until you fall asleep.

Getting enough good quality sleep is very important to maintaining a positive outlook and avoiding negative thought patterns. Sleep deprivation makes you more vulnerable to stress and more likely to engage in overthinking.

Our third tip is to create a schedule for overthinking. This might also seem counter-intuitive because you’re trying to break the habit.

Parkinson’s Law argues that work grows in proportion to the amount of time we devote to it. This would mean that if you give yourself a week to clean your house, for example, you’ll likely take more breaks but will also go over every nook and cranny. Since you know you have enough time, you’ll also move some furniture around to see if it looks better and reorganize your kitchen cabinets while you’re at it.

In contrast, if you knew you only had a couple of hours because some people are coming over, the time pressure will make you prioritize and find ways to make your home look presentable in the time you have.

This works similarly with overthinking. If you go over the same problem several times a day for several days or weeks, you’ll find all sorts of things that could go wrong. But if you set a schedule, so you only have half an hour, you’ll prioritize.

Everything You Need to Know About Nursing Degrees

What Is CBD Oil & Should You Get It for Your Dogs Or Cats?