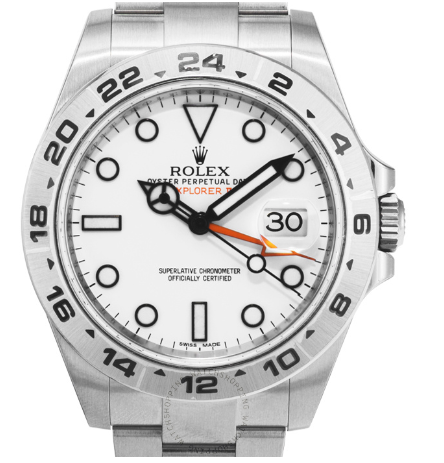 Rolex – It consistently comes out on top in polls of super-brands in the United Kingdom, and it is included in Forbes’ list of the world’s most influential brands. When asked to name a luxury watch, the majority of people would say Rolex. The Submariner was designed with divers in mind.

Rolex is Rolex because it creates unrivaled goods, not just because of advertisement. We adore the fact that many classic Rolex models were developed for actual, adventurous purposes rather than just to look nice. The GMT-Master, for example, was designed for Pan-Am pilots who were experiencing a new phenomenon known as jet lag and required a watch that displayed two time zones at the same time.

Hans Wilsdorf, Rolex’s founder, was onto something when he made his company’s logo a crown – it has remained the king of watch brands for over a century. Rolex’s tremendous brand equity is partly because it gives very little away, contributing to its mystique.  Wilsdorf had a propensity for foresight.

He was an early adopter of the Rolex Watches ideology. Each of his significant inventions (placing a timepiece on the wrist, making it precise, waterproof, and automatic) contributed to the modern wristwatch as we know it.

Anyone hoping for a brand new Rolex watch will have to wait a long time. The Sky-Dweller was Rolex’s most recent new concept (2012). Before that, there was the Sea-Dweller (1971) and the Yachtmaster (1992).

Rolex’s business model seems to be incremental tweaks to existing watch lines, which appears to be working for them. It explains why the announcement of a retooled Submariner, arguably Rolex’s most iconic style, was one of the most anticipated watch launches of 2020 – even though you’d need a microscope and a degree in horology to notice any improvements, which are the first since 2008.

However, the changes aren’t trivial. Within, you’ll find a new caliber (the 3230), a nearly 50% rise in power reserve (up to 70 hours), and the most up-to-date escapement. To summarize, the 2020 Rolex is both functional and a design classic that will outlast you.

The colors are red, yellow, pink, green, and eventually got released in light blue. The new Rolex Oyster Perpetual 36 comes in five vibrant dials that reflect something Rolex isn’t always known for: fun. Anyone worried that Rolex has (a) gone insane or (b) wanted to go for the youth vote needn’t be.

The brand’s so-called “Stella” dials, poppy, intricate enamel designs that appeared on its Day-Dates as the world turned rainbow-colored in the early 1970s, are a precedent. As a result, they’ve become trendy. 36mm watches cater to a wide range of people, and the bright styles are a welcome change of pace for those who find Rolex’s more conventional line-up a little too traditional.

Even if that idea exists only in principle right now, a GMT Rolex is the ultimate globetrotter’s watch. The nickname “Pepsi” was first introduced in 1955 with the classic red and white 24-hour scale on the bezel. (In 1983, a red and black ‘Coke’ was released.)

A GMT Rolex is the ultimate globetrotter’s watch, even though it only exists in theory right now. When it was first released in 1955 with the traditional red and white 24-hour scale on the bezel, it was given the nickname “Pepsi.” (A red and black ‘Coke’ was published in 1983.)

The Explorer 1016, which sat somewhere between sports and a dress watch, was produced for nearly 30 years before being discontinued in 1989. It was designed for explorers, as the name implies, and features Paraflex shock absorbers for increased shock resistance. But it’s the handsomely proportioned dial, with its period detail numerals and matte finish, that stands out. A Ref 1016 belonged to Ian Fleming.

The Sky-Dweller is a one-of-a-kind statement timepiece. It has dual time and annual calendar features, making it Rolex’s most complicated watch. It was previously only available on a leather band or an Oyster bracelet, an Oysterflex bracelet – Rolex’s proprietary super-comfy style made of a titanium and nickel alloy encased in black rubber – is now available for 2020.

The choice of Everose gold or 18k yellow gold is also recent. An upscale traveler’s watch might not be at the top of everyone’s wish list right now, but it’s a beautiful piece of gear to lust after no matter what timezone you’re stuck in.

Rather than conspicuous bells and whistles, the company focuses on science and engineering, constantly updating the technology inside its watches in the background. In this way, there’s every reason to think the Rolex crown can stay put for another century, if not longer.

What is a GST invoice? Pros and Cons of GST