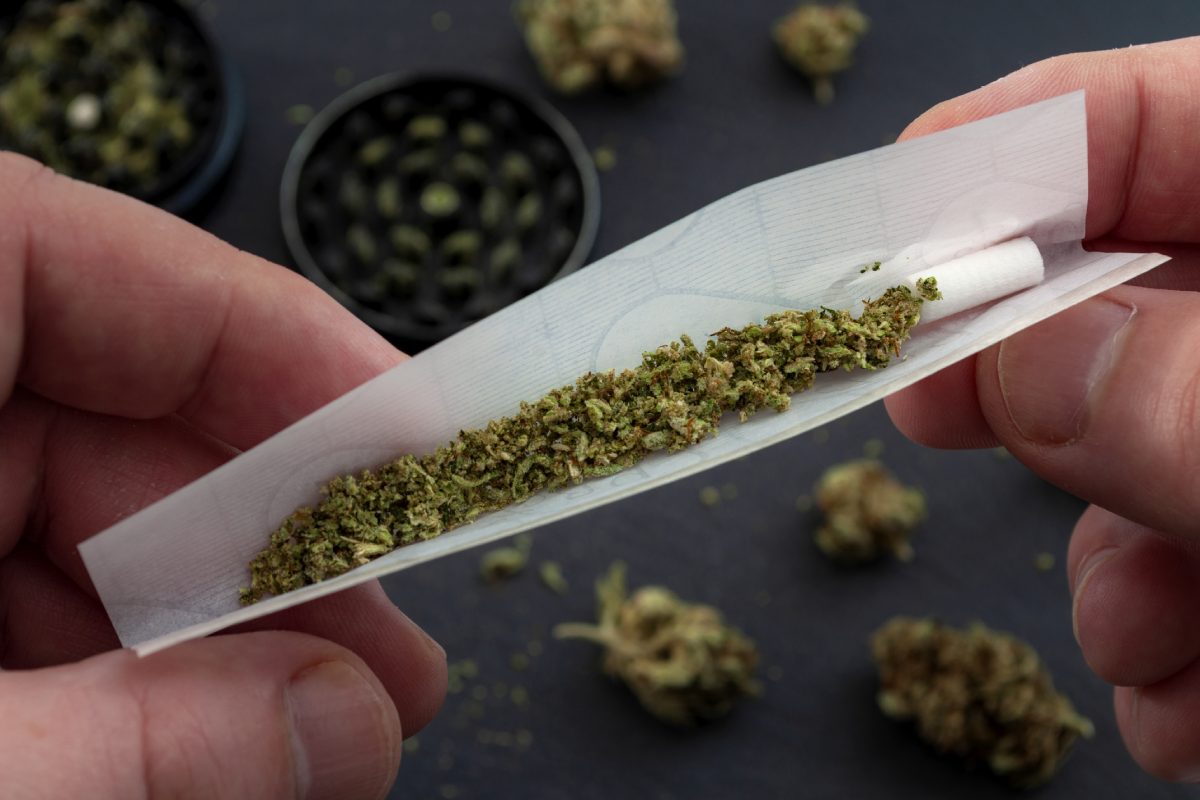 Cannabis 101 – From being passed on discreetly in parties, cannabis products have entered the mainstream market and is now booming. In fact, the cannabis sector is estimated to be worth close to USD$23 billion in 2020. It’s expected to spike at an 18% compounded annual growth rate from 2021 to 2028.

Even though cannabis has a ‘fun’ side, a lot of people consume it for medical purposes, using it to address everything from anxiety to pain and other health conditions. Those who use it for entertaining purposes do so because of its psychoactive effects.

The mere mention of cannabis conjures misconceptions of drug use, addiction, and intoxication. But instead of thinking about and fearing substance abuse, it’s about high time that we develop a better understanding of the difference between medical and recreational cannabis. 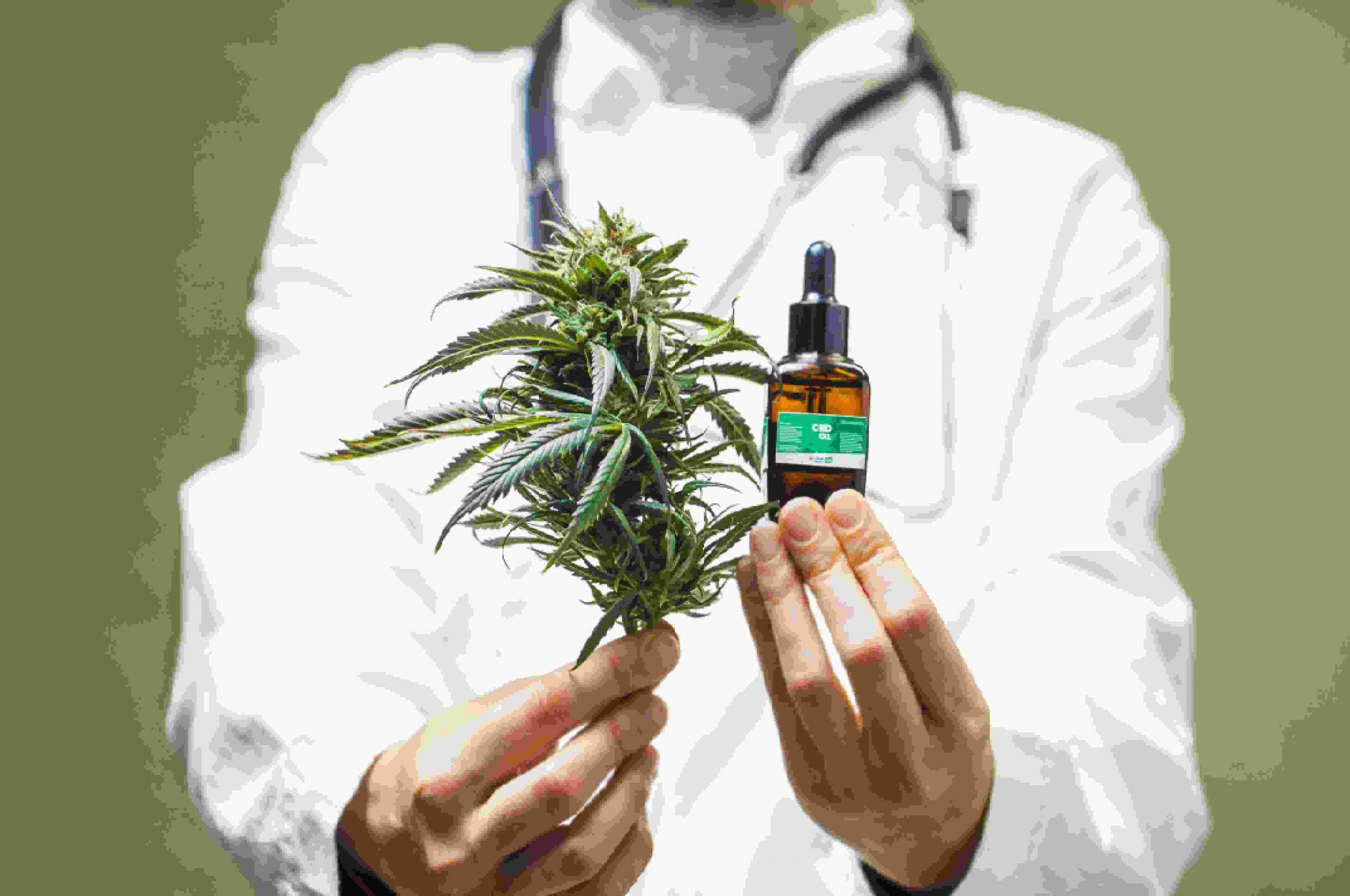 There’s actually little difference between the two terms, so people tend to use them interchangeably. But here’s one for the meticulous folks out there.

Cannabis is the general and overarching term that describes all products made from Cannabis ruderalis, Cannabis sativa, and Cannabis indica. Marijuana and hemp are cannabis plants, and the latter is the main ingredient for products such as those from Nature’s Arc Organics.

On the other hand, marijuana refers to cannabis products that are culled from the stems, seeds, dried flowers, and leaves of the cannabis plant.

Despite coming from the same family, marijuana and hemp have different chemical compositions, making hemp more suitable for medical use and marijuana for recreational use.

The marijuana plant in general comprises over 100 chemicals, known as cannabinoids, that generate different effects on the human body once consumed.

With that said, the difference between marijuana and hemp is underlined by their main ingredients. Marijuana contains tetrahydrocannabinol or THC, a compound that because of its psychoactive properties is responsible for getting you ‘high.’ To the uninitiated, psychoactive means something that affects one’s mind or behavior.

Meanwhile, hemp predominantly contains cannabidiol (CBD), another cannabinoid that doesn’t have mind-altering properties. On the contrary, CBD is said to be effective in easing pain and helping you relax. In ancient times, hemp was also used to make rope, fabric, and paper.

Different cannabis varieties have various THC and CBD concentrations, impacting how an individual feels after consuming them. For instance, recreational marijuana is illegal in most states because of its high THC content.

Hence, it can be said that the key difference between medical and psychoactive cannabis hinges on their THC content.

While CBD may have a tinge of inherent psychoactive properties, it’s not enough to give you a feeling of being high. THC, on the other hand, is identified as the major psychoactive compound in cannabis. As such, it’s capable of interfering with a user’s mood, feelings, behavior, and perception.

The Difference Between Cannabis Indica And Sativa

In the United States, marijuana is often associated with the Cannabis sativa species that often contains more than 0.3% THC. Hemp is the common name for Cannabis indica, which contains lower concentrations of THC. While cultivation may impact its chemical composition, a typical Indica plant contains less than 0.3% of THC.

The high CBD content in Cannabis indica makes you feel heavy, while Cannabis sativa—more commonly known as marijuana—makes you feel euphoric. Besides their chemical composition, these two varieties also differ slightly in how they look. For instance, an indica plant has a thicker appearance, while a sativa plant is thinner and taller.

Cannabis For Medical Use

It’s important to note that the Food and Drug Administration (FDA) doesn’t recognize cannabis as medicine. But research has shown its efficacy in relieving pain and reducing muscle spasms, among other health problems. There are at least three FDA-approved drugs that contain marijuana: two are administered to cancer patients undergoing chemotherapy, and another one is for helping treat pediatric epilepsy.

The public has been used to the term ‘medical marijuana’ to describe products used to alleviate specific health symptoms such as nausea, chronic pain, and anxiety. In addition, it typically refers to the whole unprocessed plant containing CBD and perhaps small traces of THC.

Although it contains both compounds, medical marijuana has a higher CBD content. That’s why the person taking it doesn’t get the feeling of ecstasy associated with its recreational counterpart. Manufacturers these days, however, have more advanced extraction procedures that make their products contain only CBD and not a single trace of THC.

The United States has regulated medical cannabis products to contain less than 0.3% THC, based on the Agricultural Act of 2018.

What Are the Uses Of Medicinal Marijuana?

Even though it’s yet to be approved as medicine by the FDA, cannabis is being used to possibly treat the symptoms of various health conditions such as the following:

Cannabis For Recreational Use

The psychoactive properties of THC make it suitable for recreational use, which means consuming pot without medical prescription.

Because it contains unsuppressed levels of THC, recreational cannabis produces psychoactive and possibly addictive effects. This may be the main reason lawmakers remain hesitant to give a nod to recreational marijuana use. What they might not be aware of is that THC-laden weed may be used to relieve stress and anxiety, too.

Let’s dig in further to know the difference between medical and psychoactive marijuana.

To access your first medical cannabis product, you need to have a prescription from your physician. This recommendation has to be renewed regularly. Different states have different requirements, so you may need to prepare additional documents or get a medical marijuana card.

Inversely, you don’t need any of those if you want to start using recreational marijuana. As long as you’re of legal age and the use of marijuana in your location is lawful even for nonmedical purposes, you can visit any dispensary in your state.

As mentioned in the previous sections, psychoactive compound THC is abundant in weed consumed for ‘fun.’ Medical marijuana, meanwhile, contains high CBD levels and low to zero THC, so it doesn’t give you the same effect.

To ensure that CBD products adhere to legal standards, manufacturers use advanced technologies to isolate CBD from THC more efficiently.

To enjoy the therapeutic benefits of cannabis, the focus should be on CBD rather than THC content. Higher CBD means the product is more potent when it comes to relieving particular health symptoms.

THC is present in unbridled levels in recreational marijuana, and it helps people feel better and more relaxed. While the same can be said for medical marijuana users, they don’t experience the mind- and behavior-altering effects common to THC-packed recreational weed.

Medical marijuana is generally available at a dispensary, provided that you have your doctor’s recommendation and a marijuana user card and that you’re at least 18 years old. There may be some circumstances allowing an underaged person to have access as well, though this would depend on the state.

For recreational weed, the age requirement is higher at 21. You can purchase cannabis at any dispensary with any proof of age, such as a driver’s license, to prove you’re over 21. Some states even allow an individual to cultivate marijuana for personal use. Check the laws for marijuana use in your state to make sure you won’t get into any legal trouble.

In states where marijuana use is legal, dispensaries are often scattered around, selling different products. Some CBD stores also offer their products online and offer pickup or delivery services.

Weed for recreational purposes can be purchased in regulated dispensaries in your state or even from discreet sellers plying the streets.

Generally, medical marijuana products are cheaper than recreational weed products. That’s because the former is subject to lower taxes compared to its recreational counterpart.

Most states impose excise tax on nonmedical use on top of the regular sales tax. In the state of Arizona, for instance, recreational consumers pay an additional 16% in excise taxes. Medical users pay 5.6% sales tax and another 1% for city or country levies. Hefty taxes mean higher selling prices for nonmedical weed products.

Because of legal and state regulations, more care and attention are given to the cultivation and production of the medicinal variety. This means farmers grow it in more controlled environments that are mostly free from pesticides.

8. Effects On Your Body

Apparently, CBD and THC have contrasting effects in persons suffering from different conditions.

Recreational and medical cannabis each have their unique properties, making one more appropriate to use than the other, depending on your intended purpose.

The key to using cannabis properly is to choose the right kind and to consume the correct dosage. Purchase your products only from reputable dispensaries to ensure you’re getting high-quality medical and recreational cannabis.

5 Major Causes of Fat Accumulation in Children and Adults

18 Advantages of Medical Marijuana You Need to Know