How Is Fault Determined in a Car Accident in Georgia? 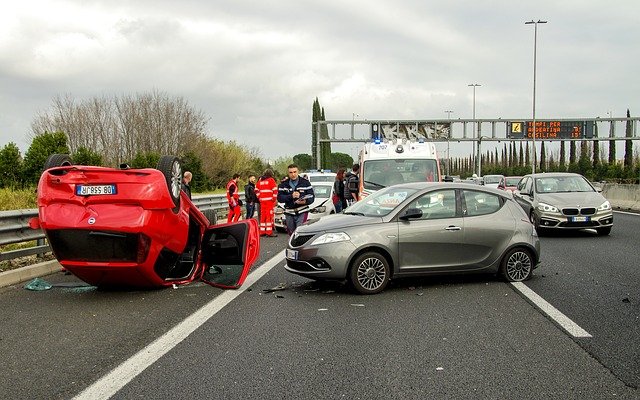 If you have been injured in an automobile accident, you may be able to file a personal injury lawsuit. However, when it comes to filing a lawsuit, fault is extremely important. The other driver has to have some fault for the accident, otherwise, you cannot recover any money from them. In some cases, one driver is fully at fault for the accident, while in other cases, both drivers bear some responsibility for the accident. Determining who was at fault and why can be straightforward or complex, depending on the specific accident. Here are a few of the ways that fault is determined when it comes to car accidents in Georgia.

Obtaining Statements from Both Drivers

One of the ways that fault can be determined in a car accident in Georgia is by obtaining statements from both drivers who were involved in the accident. This is the reason why both police officers and insurance companies obtain statements from the drivers that were involved in the accident. The police and insurance companies are hoping that both drivers will tell the same story and have the same version of events. If both drivers state that driver A ran a stop sign and hit driver B, fault is easily determined based on the same story and the chain of events. If the stories do not match and each driver has a different version of events, determining fault can become a bit more complex.

Assessing the Damage to the Vehicles

Another common way that fault can be determined in a car accident in Georgia is by assessing the damage that is done to both vehicles. In some cases, it is extremely easy to see who is at fault based on the vehicles. For example, if one car rear-ended another car, you will see rear-end damage to one vehicle and front-end damage to the other. Based on that pattern, it is easy to tell which car got rear-ended and which car hit the other vehicle. The driver who rear-ended another vehicle is typically at fault, so in that case, it is easy to see who was at fault.

Watching Footage from Nearby Cameras

Technology is changing the world that we live in. One of the ways that technology is changing and evolving is by making it possible for cameras to be placed in more places. Homeowners and business owners may have cameras outside their homes that also capture what happens in the streets. And more and more cities are placing cameras over busy intersections. Technology has even made it possible for drivers to have cameras on their dashboards that can help to capture other drivers’ actions. All of these cameras can come in handy if you are involved in an automobile accident and fault is hard to determine. A police officer or a lawyer can work to pull or subpoena camera footage that may have captured the accident. This footage can then be used to provide a clear indication as to why the accident happened and who was at fault.

Following a car accident, it is highly recommended that you talk to any witnesses who may have seen the accident and pulled over to help. You should not necessarily ask them about what they witnessed, but instead, you should be sure to get their personal information, such as their name, phone number and address. If fault becomes a factor, police, the insurance companies, and attorneys can all get the information you obtained about witnesses and then talk to or dispose those witnesses. Those witnesses may have seen how and why the accident happened and who may have been at fault. This can be vital if there is no camera footage of the accident and both drivers have different versions of events that they feel caused the accident. Additionally, you can view the official police accident report online with basic information regarding the incident. This document can be valuable in case you end up in court.

Having Accident Recreationists Recreate the Accident

In some cases, determining fault is very straightforward. Both drivers have the same story and/or the damage to the vehicle tells the story as to what happened. In other cases, determining fault can be quite complex. If you have been injured in a car accident and fault has not yet been determined, the car accident lawyers at Mann Law Firm can help you prove who was at fault and why, helping you to maximize your recovery for the injuries you sustained in the accident. Reach out to our lawyers today to schedule your free consultation.

Also Read: WHY YOU SHOULD SEE A DOCTOR AFTER A CAR ACCIDENT

What are the Main Causes of Goiter?

Uncommon Ways To Regulate Your Body Temperature As You Sleep

Frequently Asked Questions: All Things You Need To Know About GogoPDF

Find Out What’s Involved In Getting an NLP Certification