Process a lawyer takes in a Pharmaceutical Injury Claim 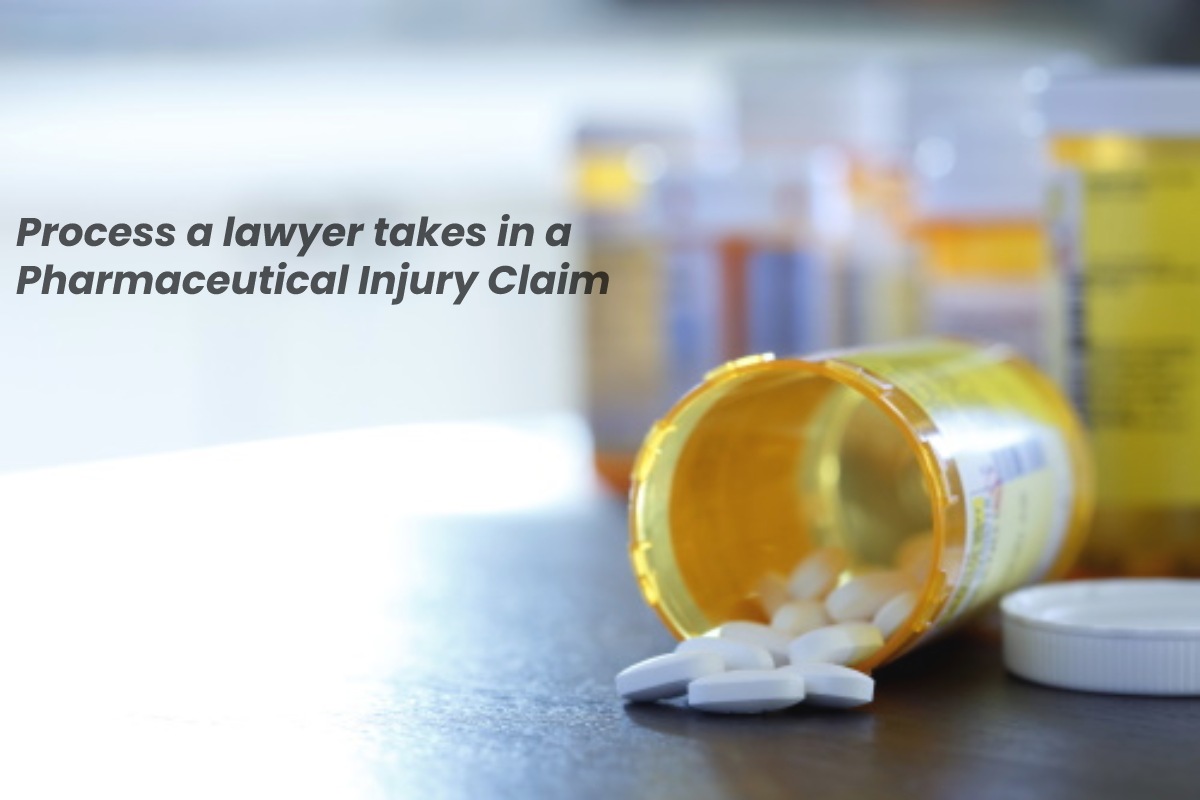 Pharmaceutical Injury Claim – For as valuable as pharmaceutical products are, there is no denying that there is an inherent risk involved in consuming them. A risk that any doctor worth the cost of the paper on which their degree is printed should have alerted anyone they prescribe them to, and a risk that the manufacturers need to advertise if there are any side effects or other potential harms to taking it. Unfortunately, not all doctors and manufacturers are going to do their due diligence, so inevitably, someone is unjustly harmed by a pharmaceutical. If you decide to take one or both of these figures to court, there is a specific process that your lawyer takes in a pharmaceutical injury claim.

Understanding the process a lawyer takes in a pharmaceutical injury claim

Prescription drugs are helpful, but many are aware that they inherently carry a risk or side effect of some kind. At the every least, it should be understood that a side effect may exist if you take a certain drug. However, while there is an understanding that these side effects may exist, that should not at all be taken to mean that they can get away with not warning of the possible side effects of the drug. Sometimes, the drug manufacturer may be completely unaware that they have produced a defective drug, but often, the drug manufacturers allowed the drug to go to market because they feel that they can make a solid profit. After all, when all is said and done, drug manufacturers are in it for the money before anything else. Especially if you look at how expensive some drugs can be, knowing how much more expensive it is for someone to buy them than it is for the manufacturer to make them.

If you find yourself in a situation where you have been harmed by a pharmaceutical product, the first thing you should do is pursue a consultation with the experienced attorneys at Wapner Newman, who will work with you to determine whether you have a solid case on your hands. They will ask you numerous questions, such as how the drug has affected you physically and/or mentally, and then look into the drug’s listed risks and side effects. If the damages are not listed, then there is a solid case to say that you did not give informed consent to the doctor who prescribed the medication. Following this, the lawyers will begin developing a case, gathering evidence that would help make clear to the manufacturer that they have no leg to stand on. They may also decide to seek out medical experts and testimony from other people who have experienced similar injuries. Doing so can help your case a lot, as it shows that the damage you experienced was not a fluke, coincidence, or an error on your part, but instead a pattern of injury in people who took the manufacturer’s drug. Of course, this is only significant if you have to go to court.

In a lot of pharmaceutical injury claims, the manufacturer will deem it better to settle out of court. Not only does it prevent them from having a bad image in the media due to such a prolonged court case, but it is usually not worth it for them to bother. Granted, this is not going to be the case in every single injury case for every single drug manufacturer but having a lawyer file this lawsuit does a world of good to discourage them from not taking you and your claims of injury seriously. A good lawyer can let them know that they mean business, and aim to, ideally, have things settled out of court. This winds up being a cheaper option for both you and the defendant, as going to court, especially with a defendant as big as a drug company, will likely last a long time and cost more money than it is worth. The payment will not be immediate, but it should not take too much time to get to you. Granted, this does not mean that a settlement is inherently the best option.

A manufacturer’s settlement offer may simply be too small for you to reasonably accept. After all, you need to be able to cover the medical costs of the damages, and in some cases, it could cause debilitating issues that will be with you for quite a long time, perhaps even for the rest of your life. If the manufacturer is unwilling to provide adequate compensation for the damages they caused and the harm you suffered, the testimonies and evidence gathered will prove quite useful. The court case itself, should it come to that, is not going to prove exceptional, not more exceptional than most types of claims, anyway. Your lawyer will present evidence of your claim, as will the lawyer representing the defendant before a judge and/or jury. In addition, they will be given the opportunity to cross-examine witnesses that are brought forward.

What Is Considered a Personal Injury in Maryland?

Working as a NICU Nurse: The Main Things to Know

Correcting Your Breasts Will Improve Your Confidence

Generalized Anxiety Disorder: What you need to know