This Is How Daylight-Saving Time Can Affect Mental Health 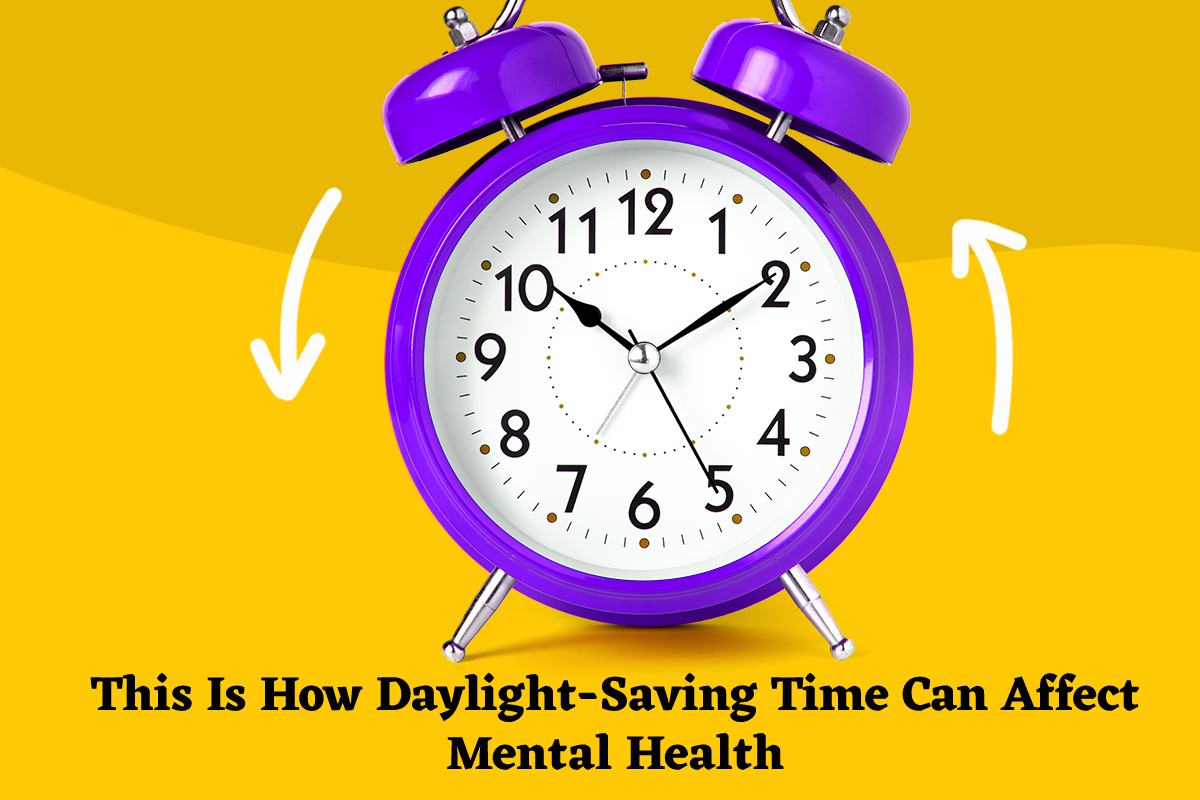 Have you heard of the Sunshine Protection Act? It is intended to make daylight-saving time permanent. In this article, we will take a closer look at that and how the twice-per-year time change has impacted our lives.

More on the Sunshine Protection Act

The US Senate recently voted unanimously to pass the Sunshine Protection Act. The move would mean that daylight saving time would become the norm without time changes in spring or fall to move clocks ahead or backward. Essentially, permanent daylight-saving time translates to more evening light. This move is not new to parts of North America. For example, Arizona and Saskatchewan quit observing the time change quite some time ago. But it raises the question of whether our physical and mental health benefit from standard time or daylight-saving time.

Experts Point to Standard Time as The Best Choice

Although we’re talking about only a 60-minute difference, experts at the American Academy of Sleep Medicine (AASM) claim that the move should be to make standard time permanent rather than daylight saving time. They indicate that springing ahead an hour is harder on us than falling back an hour: “Data clearly shows that the sudden change from standard time to daylight saving time in March is associated with significant public health and safety risks.” The AASM lists those risks as including an increase in the likelihood of adverse cardiovascular events, mood disorders, and motor vehicle collisions.

What They Had to Say

The professionals at Geode Health note the weight of evidence supporting the fact that a time change has an impact on our mental and physical health. For example, clinical psychologist and assistant professor at Case Western Reserve University Dr. Samina Ahmed Jauregui sides with the AASM. She says, “… seasonal time changes can have a significant impact on people’s health, but … are more common in one direction than the other.” She adds that there are benefits to keeping to one time zone: “It would be recommended to stick to the standard time zone rather than daylight saving time because of the adverse health consequences that tend to be associated with falling an hour behind and advancing your sunset and limiting your daylight exposure to sunlight in those winter months.”

Our Natural Body Clock Is the Core Issue

Alex Savy, a certified sleep coach at the National Exercise and Sports Trainers Association (NESTA), agrees that changing clocks twice a year adds stress to the human body. He says, “The brain works in sync with the body’s internal clock. It has its own rhythm and changing the time system can mess that clock up.” He adds that when this happens, sleep issues tend to develop: people get less sleep per night and the quality of that sleep is poor. “Sleep problems,” he adds, “can harm one’s health.”

Changing Clocks Back and Forth Contributes to Additional Issues

It was in a 2020 issue of the Journal of Clinical Sleep Medicine that the AASM provided more evidence of how deleterious time changes are. They note that, in addition to the risks detailed above, the twice-per-year time change is also responsible for sleep disruptions, mood issues, and even suicide. A further condition? Permanent phase delay. This, according to Dr. Jauregui, is a condition “that can also lead to a perpetual discrepancy between the innate biological clock and the extrinsic environmental clock, as well as chronic sleep loss due to early morning social demands that truncate the opportunity to sleep.”

It Has Little to Do with a 60-Minute Difference

But how can a 60-minute alteration in time make that large of a difference for us? Because it goes much deeper than being about a 60-minute difference. According to Dr. Jauregui, the issue with the time change rests with the challenges for most individuals to adjust to that hour difference. A study from Denmark in 2017 shows that in the transition period that immediately follows the March time change of moving forward an hour, depressive episodes may occur more frequently.

How To Combat the Effects of Time Change

So, what should you do if the time change negatively affects your mental or physical health? Dr. Jauregui offers some suggestions. She says focusing on staying hydrated is important. Paying attention to regular mealtimes and sunlight exposure will also help, instead of expecting a standardized time to elevate spirits as the days get shorter in winter. She points out, “Cognition has a role to play, perception has a role to play, activity level, socializing. You’re looking at the whole gamut and it’s not just specific to an hour here or an hour there of sunlight being taken away or added onto the day.”

Daylight saving time has a long history., It was first proposed by New Zealand entomologist George Hudson in 1895. It was again proposed by English outdoorsman William Willet in 1905. Daylight saving time began in Germany in 1916 followed in 1918 by the United States. For decades there has been research conducted pointing to the negative effects of daylight-saving time on human mental and physical health.

Finally, plans are in place to eliminate it, but the current debate is on whether standard or daylight-saving time should be made permanent. The Senate is leading towards daylight saving time, but they may be heading in the wrong direction. Although the US Senate is going forward with the Sunshine Protection Act, experts say the best idea is once we all go back one hour in the fall to standard time, that is where our clocks, watches, and other timing devices should stay. The upside is that if you have difficulty adjusting to the twice-per-year time change, eventually it won’t be something you will have to observe. That is unless you already live somewhere in North America where following daylight-saving time no longer happens.

5 Styles of Cargo Pants Trending in 2022

These 10 Foods Will Keep You Young Longer