Top 5 Instant Noodles in the USA 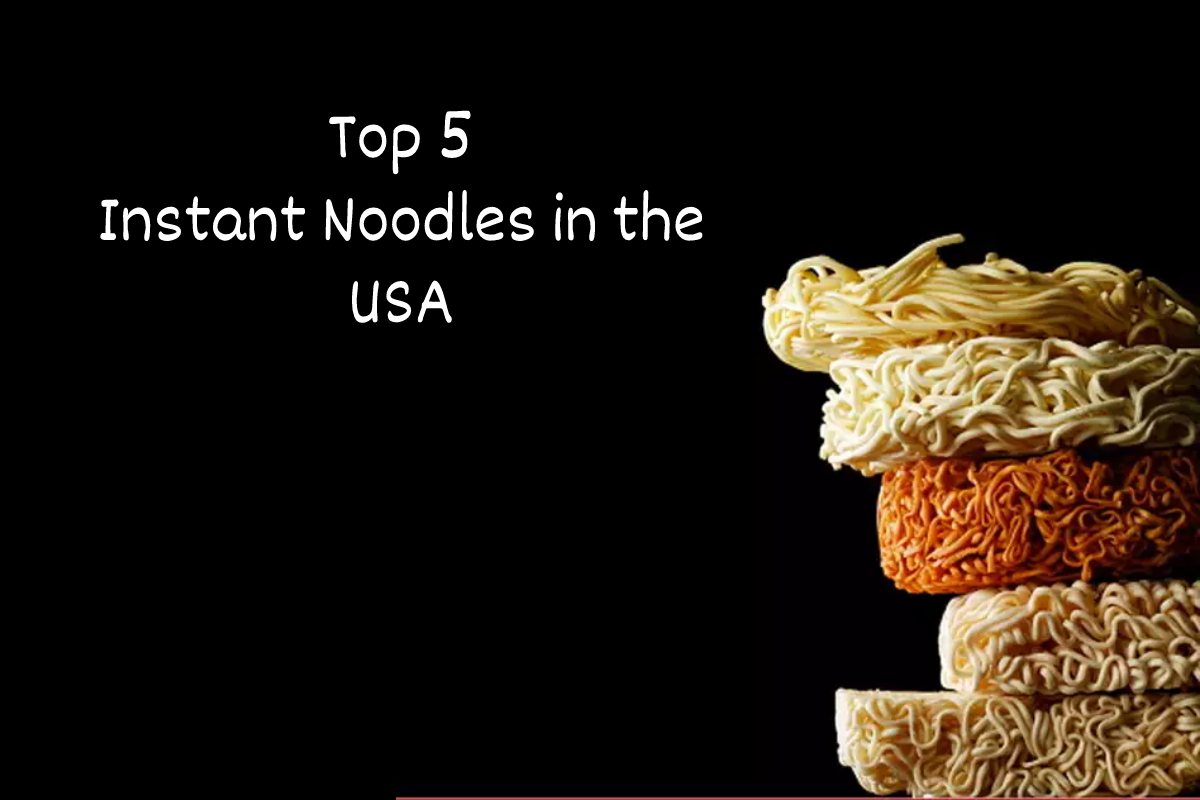 Strings of delectable taste enter the mouth; filling not only the stomach but the soul! Noodles are comfort food for so many of us. Late-night hunger, morning cravings, quick lunch; noodles can fit in as the perfect food for any occasion. A cherry on the top is that they are extremely easy to prepare! The major ingredients of instant noodles are flour, starch, water, salt or a salt substitute and they are sold in a precooked and dried block with flavouring powder or seasoning oil.

Speaking of America specifically; Instant Noodles popularly called Ramen in the USA are consumed by around 59% of US adults. In young adults and adolescents, the percentage is even greater due to the preference for junk food.

Noodles serve as a staple food for Americans. Here, we have shortlisted the Top 5 Instant Noodles consumed in the USA frequently.

WhatIF Foods is a food company which greatly values regenerative principles. It creates plant-based products, which are free from animal-derived ingredients. They offer a wide variety of noodles, milk, shakes and soups.

Their Noodles particularly are unique since they are not only scrumptious but also full of natural nutrients, which are preserved using ingredients. The noodles are made from crops grown using regenerative practices, which empowers the farmers. 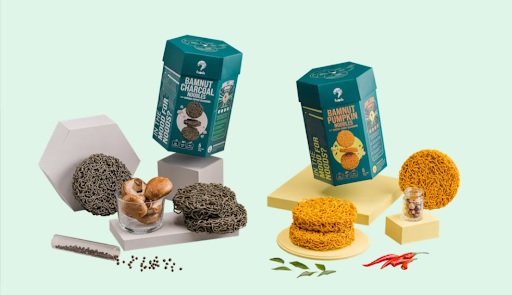 There are two noodles’ alternatives available at WhatIF Foods. One is the Bamnut noodles and the other is the Moringa noodles. You can pick any to prepare a dish of your choice. The noodles can also be used to prepare fancy recipes like Dan bamnut noodles, nooza the WhatIF noodles pizza, basic fried noodles, and so on. All in all, you get to savour a complete nutritious food in the fanciest way ever.

Originated in Thailand, these instant noodles are now consumed globally. Most of the Mama noodles are exported to the US due to their high demand. Mama Ramen Style Instant Oriental Noodles come in three popular varieties-Chicken, Duck, and Tom Yum Pork. These noodles are bursting with flavors and fill you with nostalgia. You can also take off the noodles and use them solely to create a different dish overall. Its Creamy Tom Yum flavour; is amongst the most popular mama noodles flavour with a tinge of spice well-balanced by powdered coconut cream. It is also herbaceous due to the inclusion of makrut lime, lemongrass, and dried chiles. Since Mama noodles are especially known for their spice; you need to be mindful when adding seasonings and adjust them according to spice tolerance. The most common ingredients in Mama noodles are wheat flour, palm oil, salt, sugar, garlic, pepper, msg, dried leek, and artificial pork flavor. 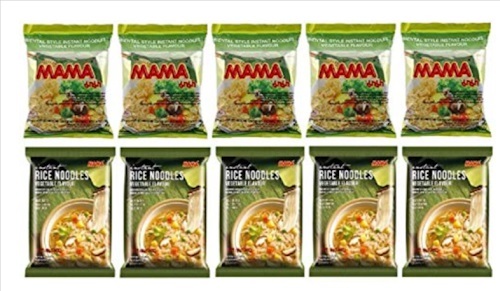 It started gaining prominence with ‘Shim Ramyun’ which is now updated with a black noodle alternative which is creamier and less spicy. It has a typical Korean flavor that appeals to taste buds. The most popular among Nomshing noodles is Shin Ramen which is a true delight. Its spices make each bite savoury and fiery and it comes packed with lots of dehydrated slices of carrots, mushrooms, green onions, and chilli flakes, which blossom in hot water, making the noodles bouncy and chewy. These noodles are on the thicker side so you get to bite them more instead of just slurping them, which means you get more than just broth and noodles. The Americans usually top these noodles with a sheet of American cheese that greatly amplifies the flavor of the noodles. 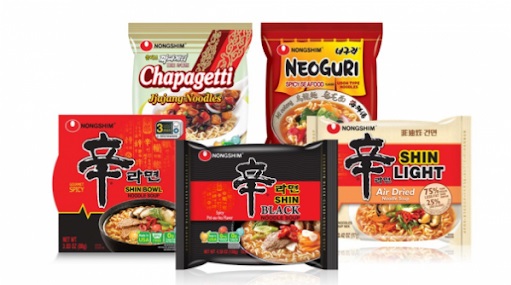 Maggi is a preferred noodle brand since the seasoning that comes with it is believed to be a blend of 20 different spices and herbs. Preparation of Maggi is less time-consuming and even the price of it is affordable, making it a popular choice amongst Americans. It is a quick go-to food packed with exotic flavours, which are liked by Americans. Though Maggi is far more popular in India than in the US, there are a significant number of Americans who favor Maggi noodles. Additionally, 4.2 million people of Indian origin residing in the United States feel at home when they consume Maggi! 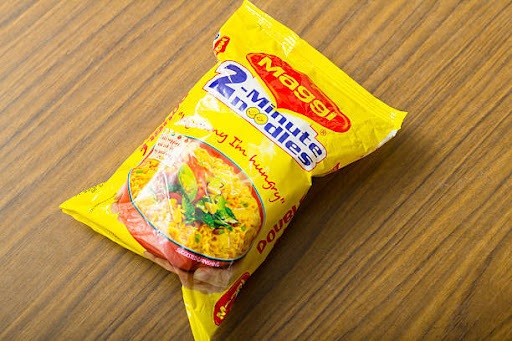 Indomie noodles are renowned for their addictively good taste and speedy preparation time. It has now achieved the status of the 8th largest noodle brand in the world. It boasts of 30 different flavors, which include many varieties from the classic soup flavours such as Chicken, Vegetable, and Chicken Curry, to the most popular flavor Indomie Mi Goreng. It’s the first dry (served without soup) Indomie Mi Goreng variant that has become an instant favourite. Each pack has constituents of soy sauce dressing, garlicky oil, and chilli sauce. It can be served with a fried egg laying across the nest of the noodles! It makes an ultimate midnight snack. 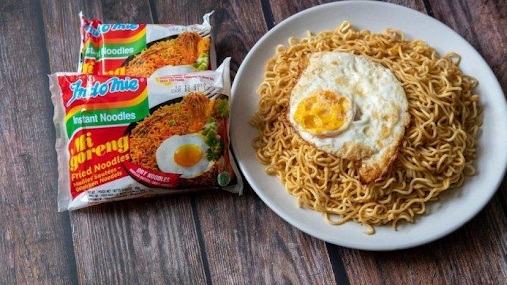 Apart from these, Nissin Cup Noodle, One Culture Foods, Paldo, and Maruchan Gold are other brands that widely sell instant noodles in the US Market. With the spread of COVID-19 in the United States, the demand for instant noodles boosted greatly as more consumers stocked them up as emergency food. All these brands are available at most stores and can also be purchased online. They are non-perishable, and will sustain any noodle connoisseur!

Noodles are affordable, easy to cook, and delectable, making them a highly popular and frequently consumed food.

5 Things To Watch Out For As Your Dog Ages

Healthcare Education: What It Is and Why We Need It

Ways to Get a Personal Injury in North Carolina

Why Bloodborne Pathogens Certification is Essential in the Workplace