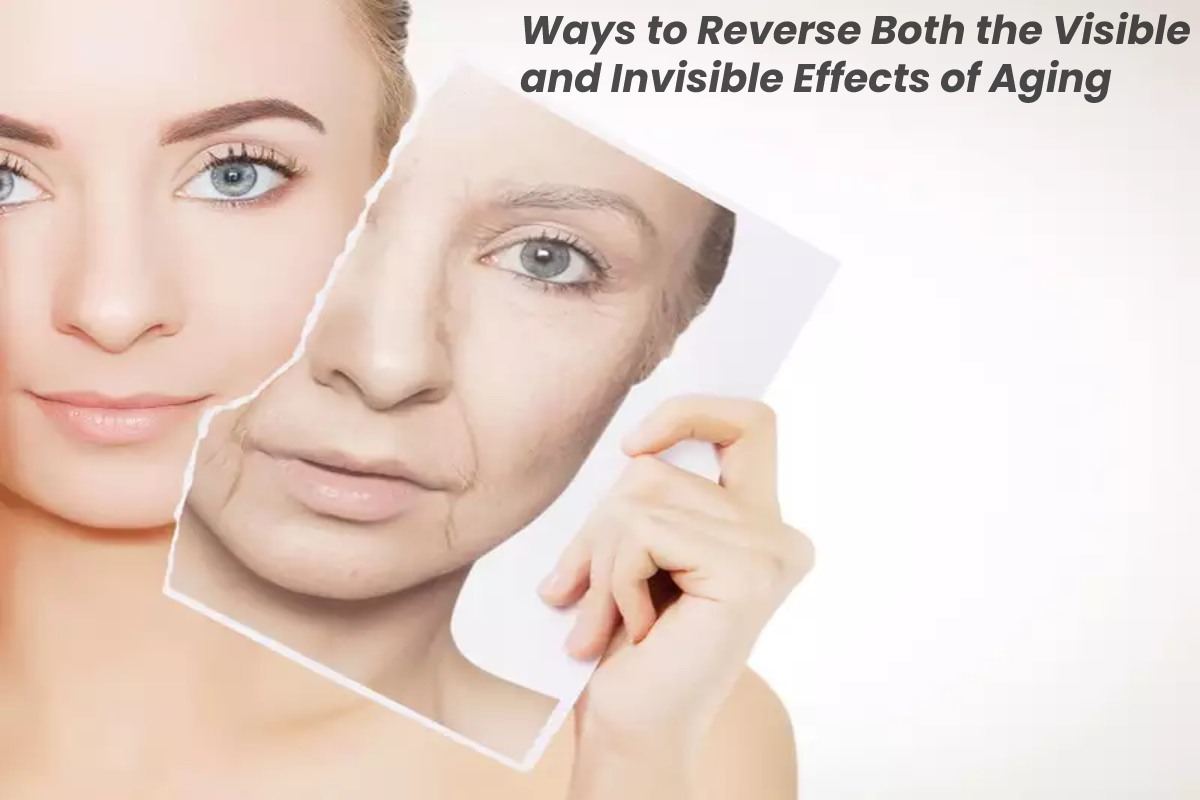 Aging is the natural process of becoming older. Everyone ages chronologically, biologically, psychologically, and socially, and it’s a process that can’t be reversed… or can it? Well, technically no, especially when you’re talking about chronological aging because we can’t go back in time. However, there are ways to prevent or slow the process of biological and psychological aging, and it may even be possible to reverse effects that have already happened.

While aging is a natural part of human life, there are certain factors that can speed up the aging process. Aging happens on both the inside and outside of the body, but the external effects are usually noticeable before the internal effects, particularly when it comes to the skin. As we get older, the cell turnover in our skin (and entire body) isn’t as efficient as it once was, and the skin loses its elasticity. Signs of premature aging include any of these before the age of 35:

There are some genetic disorders that can cause premature aging, but the most common causes of premature aging are linked to lifestyle and environmental factors. These include factors such as alcohol, caffeine, diet, smoking, sun exposure, and stress.

Ways to Reverse and Prevent Signs of Aging

As far as physical aging goes, there are a number of things that can be done to prevent and reverse the signs. Like mentioned above, the physical signs of external aging are most notable on the skin. Weakened joints and bones are also notable signs of aging, even if they aren’t visibly seen.

Collagen is a supplement frequently taken to help fight the effects of [aging]. It’s a protein that accounts for one-third of all of the protein in the body, and it’s essential for bones, muscles, ligaments, tendons, nails, hair, and skin— it’s the glue that keeps everything together.

Wisdom comes naturally with [aging], but unfortunately, so does cognitive decline. As we age, our brains aren’t as sharp as they once were, and we may experience memory issues, a reduction in reaction time, and we are more easily distracted.

Studies have shown that caffeine may increase memory, but keep in mind that it is also a stimulant and will increase heart rate and stimulate the central nervous system. On the other hand, omega-3 fatty acids (also known as fish oil) have been noted to help with age-related memory issues, such as Alzheimer’s disease, and also with other psychological disorders.

We can visibly see our bodies [aging] on the outside, but it may take some time to realize that we’re aging on the inside as well. Many of the same things that cause premature physical [aging] also cause premature physiological aging. Our physiological age is unique, because while there may be visible signs of aging on the outside, a healthy diet and regular exercise can slow the [aging] process on the inside. This is a reason why many senior citizens “feel” younger than they look.

Theories about what causes [aging] have determined that the reason is because of DNA damage. Luckily, our bodies naturally contain the resources (an essential coenzyme called NAD+, which stands for Nicotinamide Adenine Dinucleotide) that helps to repair DNA that has been damaged. However, we see decreased levels of NAD+ as we age. This is why a supplement called NMN (Nicotinamide Mononucleotide) is becoming a very popular remedy for reversing the aging process that occurs internally. NMN is a molecular structural component of RNA, and it is the precursor to NAD+.

The bottom line is that a balanced diet, moderate exercise, and other healthy lifestyle choices can help slow down, prevent, and even reverse signs of [aging]. Supplementation of other nutrients can also be highly effective, especially when the body isn’t making these nutrients as efficiently anymore.

The Skills, Qualities and Education You Need to Become a Psychologist

7 WAYS A NURSE CAN CONTRIBUTE TOWARDS A HEALTHIER COMMUNITY

5 reasons why is top-down processing important?