The Benefits of Lion’s Mane Mushrooms 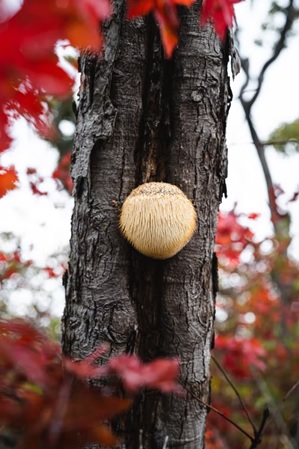 Lion’s mane mushrooms, or Hericium erinaceus, are edible mushrooms native to North America, Europe and Asia. These white pom-pom-like fungi have been used in traditional medicine in countries such as Japan, China and Korea for thousands of years and are now being touted for their various health benefits. As a result, demand for them is rapidly growing across various industries including pharmaceutical, food and cosmetics.  This article will explore some of the health and wellness benefits of lion’s mane mushrooms in more detail.

With age, the brain’s ability to make new brain cells, or neurons, as well its ability to form new connections reduces. As a result, a person’s mental function can begin to decline. Lion’s mane mushrooms have been found to contain two chemicals that can enhance mental functioning and the growth of brain cells. In addition, hericenones and erinacines  have been found to support myelination, the process by which nerve cells are insulated to increase the speed of signals between neurons. Another chemical within these mushrooms is called the nerve growth factor (NGF) which assists in the production of the brain’s chief neurotransmitter, acetylcholine.

Lion’s mane mushrooms are a natural nootropic and maY boost brain performance and mental clarity. This ability explains their use in treating people with neurodegenerative conditions such as Parkinson’s disease, Alzheimer’s disease and multiple sclerosis (MS).

Not only can lion’s mane mushrooms assist with cognitive function, but also an improved mood. Thanks to their anti-inflammatory benefits, these mushrooms may help to reduce the effects of medical conditions which stem from chronic inflammation, including depression and anxiety.

Studies have also shown that lion’s mane may assist with neurogenesis, or the regeneration of brain cells, in the hippocampus. This region of the brain is responsible for controlling learning, memory and emotional responses. This may help people with issues related to mood or memory, alleviating the effects of anxiety and depression. The antidepressant benefits of these mushrooms can be experienced by taking them in the form of lion’s mane gummies.

Lion’s mane mushrooms are rich in flavonoids and phenolic substances that have potent antioxidant benefits. Antioxidants neutralize free radicals, removing them from the body, helping to protect cells against damage caused by oxidative stress.  According to a 2012 study which evaluated the medicinal properties of 14 different types of mushroom, lion’s mane were found to contain the fourth highest level of antioxidant activity.  The antioxidant properties of lion’s mane mushrooms may play a beneficial role in treating or preventing conditions such as cancer.

Antioxidants found in lion’s mane may also help to reduce inflammation in the body which contributes to several medical conditions including heart disease, diabetes and autoimmune conditions such as arthritis. By lowering inflammation in the body, lion’s mane can be beneficial for digestive health and conditions such as inflammatory bowel syndrome (IBS). It  is also known to promote gut health by assisting in the growth of good bacteria and inhibiting the growth of bacteria such as H.Pylori which can cause stomach ulcers.

These are just some of the benefits these mushrooms can bring and by incorporating them into your diet, you too can reap the benefits.

A Nurses Guide To All Day Comfort

Magnesium: Wellness Benefits For Everyone

The Strongest Kratom Strains That Will Fulfill Your Needs Effectively

Tips for Starting an Online Pharmaceutical Business in 2022