The Ultimate Guide to Understand Transcription and Translation 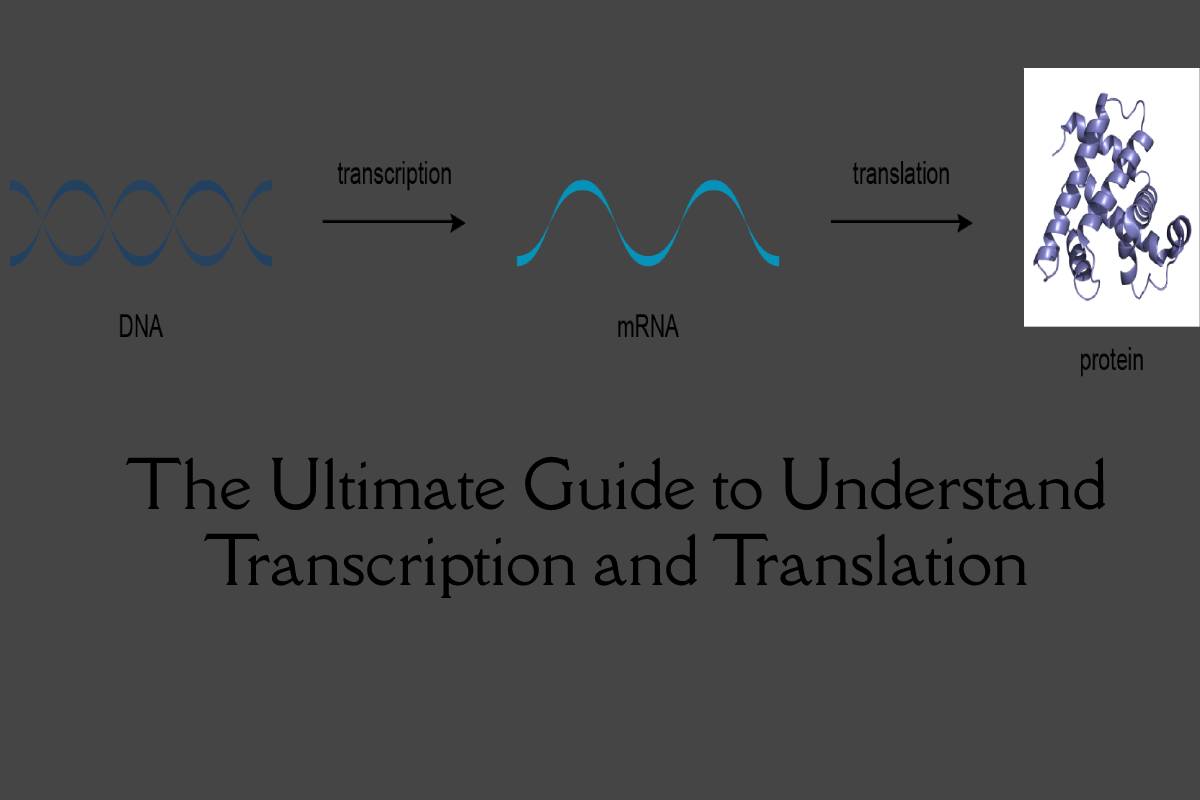 Every cell in the human body contains protein. So, it won’t be an exaggeration if we say proteins are the human body’s necessities to function correctly. Protein is essential in your diet to help your body repair cells and make new ones.

We have understood the fundamental relation between amino acids and proteins; now, let’s check out the actual protein synthesis process, where the amino acids come together to form proteins.

What Is Protein Synthesis?

This process takes place in the cells of all living things as the production of proteins is essential for all organisms in some or the other way. Amino acids combine to form a protein molecule, which is why we need the correct number of amino acids in our body, which can be consumed via your regular diet and the BCAA dietary supplements.

What Is the Purpose of Protein Synthesis?

The first and most important purpose of protein synthesis is never to let be a shortage of proteins in the human body. The human body needs proteins for innumerable purposes and vital functions, including muscle repairing, growth and development, and body maintenance.

In addition to this, Ribosomes contain molecules called RNA. These molecules hold all of the ribosomes’ rules to carry out protein synthesis.

So, the DNA repairs would not happen without these proteins, leading to mutations and problems such as cancer. Therefore, the continuous production of proteins is very crucial for human survival.

What Are the Steps Involved in Protein Synthesis?

We will be taking a brief account of both of these processes.

The transcription process is carried out in the nucleus. The method includes DNA as a template to create a molecule of messenger RNA (mRNA), which then, leaving the nucleus moves to a ribosome placed in the cytoplasm, where translation occurs.

In simple language, a DNA sequence is rewritten or coded into a similar RNA “alphabet.”, however, the RNA molecule also must undergo further processing to become a mature messenger RNA.

The process of Transcription creates an RNA copy of a gene sequence. This copy is called a messenger RNA molecule. This mRNA leaves the cell nucleus and enters the cytoplasm, directed to perform the protein synthesis.

Transcription is one of the fundamental processes in the human genome. It’s the process of turning DNA into RNA. RNAs are the ones that get transcribed like all of the transfer RNAs, and ribosomal RNAs are genomic.

There are three s teps involved in Transcription: Initiation, Elongation, And Termination.

The first step of Transcription is initiation.

When the RNA polymerase enzyme gets bound to a specific region of a gene called a promoter, the initiation takes place. This process is responsible for signaling the DNA to unroll itself to enable the enzyme to read the bases within a DNA strand.

Thus, the enzyme is ready to make a strand of mRNA with a complementary sequence of bases.

When nucleotides are added to the mRNA, it is called Elongation.

Whereas the last step, Termination, is the ceasing of Transcription. The mRNA strand is complete, and it detaches from DNA.

As the name suggests, translation is the system of translating the sequence of a messenger RNA molecule to a sequence of amino acids. The genetic code explains the correlation between the base sequence pairs within a gene and the corresponding amino acid sequence that it encodes. Also, in the cell cytoplasm, the ribosome reads the mRNA sequence in groups of three bases to assemble the protein.

The instructions or rules are coded in the gene to explain how to build a particular protein. These are three-letter codes or combinations that mention the amino acid’s name that will go with each protein-building process step.

The rules are set into four letters A, G, C & T, which are also the initials of the chemicals Adenine, Guanine, Cytosine, and Thymine. These chemicals make up the nucleotide base of DNA. These four chemicals combine in different forms in order to form the three-letter codes.

Protein synthesis is the process in which amino acid proteins are made.

Transcription transfers genetic instructions from DNA to mRNA in the nucleus. It includes three steps: initiation, Elongation, and Termination. After the mRNA is processed, it carries the instructions to a ribosome in the cytoplasm. Translation occurs at the ribosome, which consists of rRNA and proteins. In translation, the mRNA instructions are read, and tRNA brings the correct sequence of amino acids to the ribosome. Then, rRNA helps combinations form between the amino acids, producing a polypeptide chain. When this polypeptide chain is created, it may undergo further processing to include the finished protein.

The Strongest Kratom Strains That Will Fulfill Your Needs Effectively

An Overview Of Concepts, Treatments, And Challenges In Medical Detoxification

How Cashews Are Helpful In Building Muscles