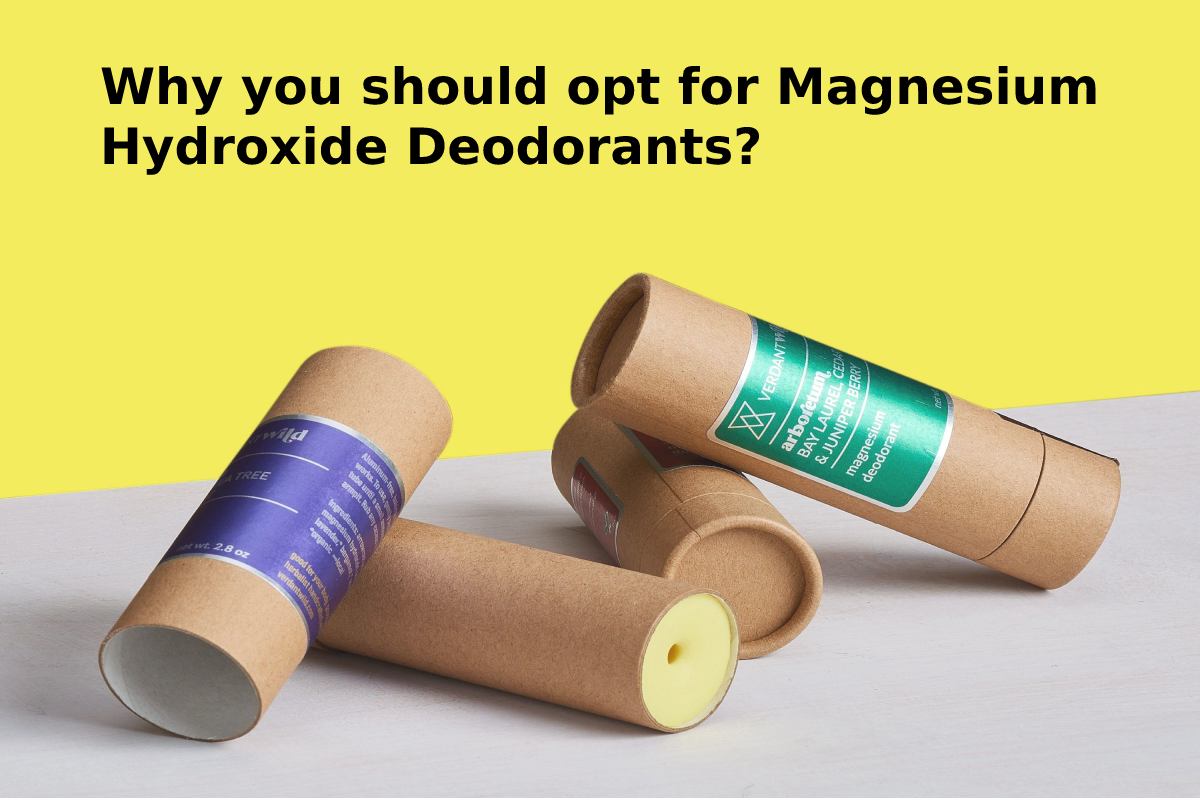 Magnesium Hydroxide Deodorants – Poor hygiene causes body odor, which is annoying but not lethal. When bacteria on the skin interacts with sweat and breaks it up into acids & causing acne. Our armpits, for example, are more susceptible to bacteria development than other parts of our body. The application of deodorant is one approach to avoid body odor in this area.
Deodorant has long been regarded as an essential skincare item for combating body odor. They are available in a variety of forms, including roll-ons, lotions, mists, and creams. The majority of armpit deodorants or pit paste on the market today include magnesium traces to conceal the stench caused by bacteria decomposition.
Given the fact that deodorant contains several synthetic ingredients, companies have promoted its use for numerous years. If you put any artificial substances on the body, they can be released into the bloodstream, even if they have beneficial effects. They may have long-term consequences for your endocrine system.
Here is why you should use all-natural magnesium hydroxide deodorant:

Since about 60% of substances applied on skin are absorbed immediately into the system, it is critical to carefully analyze the components of external products like perfumes & deodorant.    All natural magnesium Hydroxide deodorant doesn’t really penetrate into the skin, according to research.
Conversely, its primary function in an organic deodorant is to eliminate any odor-causing microorganisms on the top layer of the skin without affecting the dermis, which contains sweat glands as well as follicles.

Baking soda is a frequent component in organic or aluminum-free personal care products. Baking soda, commonly known as sodium bicarbonate, can be found in a variety of items for food, housekeeping, & self-care.
Baking soda is alkaline, which contrasts with the acidity of the body and efficiently neutralizes microorganisms. Baking soda depletes the body’s normal moisture barrier, resulting in inflammation, roughness, and discoloration.
There is always the possibility of an allergic reaction. Magnesium Hydroxide, present in calming treatments like Milk of Magnesia, maintains the body’s original pH by eradicating odor-causing microorganisms without dehydrating or damaging the skin.

What are the possible Reasons to Use Magnesium Hydroxide Deodorants?

Everyday Professional Challenges in the Life of a Nurse

How do Humans Develop Gambling Addiction?

7 Changes You Can Make Right Now to Improve Your Skin

Understand the multiple categories of regenerative therapy treatment in 2022