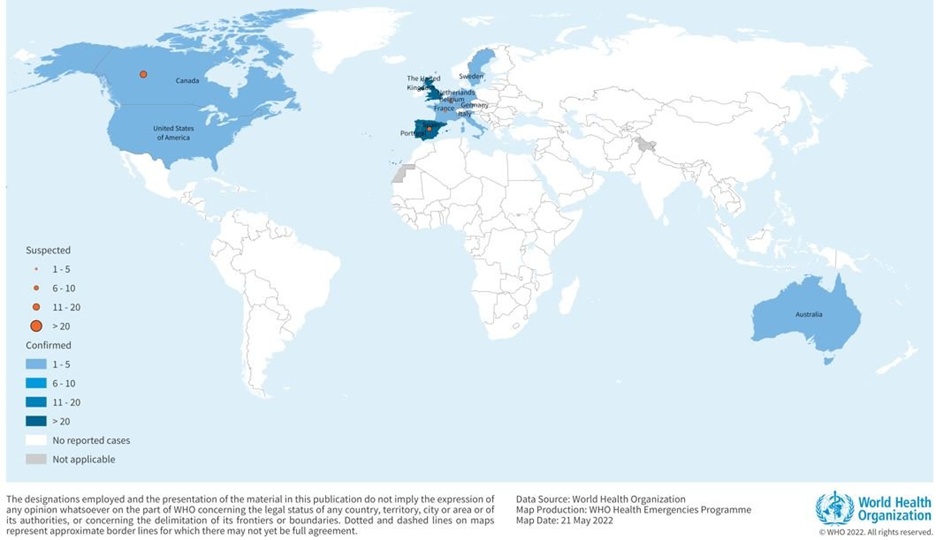 Monkeypox – Since the start of this year, news has been circulating about the outbreak of monkeypox disease. Fear rises among people who have already lost their loved ones during COVID-19.

The World Health Organization confirms 780 positive cases of infection around the world.

These cases started in Africa and spread through travel to non-endemic countries like the U.S., U.K., and Europe. People are getting worried about catching the virus. But is this monkeypox outbreak leading to another pandemic?

In this article, you will get complete information about monkeypox: what it is and how you can save your family from it. Let’s get started.

Monkeypox is a rare disease spreading among humans and animals. It’s an infectious disease, and the monkeypox virus is the primary reason for its infectiousness. It belongs to the Orthopoxvirus and is deadly under severe conditions. Monkeypox is contagious and comes from the same family as smallpox and cowpox.

It is a low-risk virus, and the chances of catching it are not high. It is transmitted by very close contact but can also stay on surfaces. The disease originated in Africa and spread to other parts of the world through human travel and animal exports.

In 1958, there was a colony of monkeys kept for research purposes. An outbreak of pox-like infection occurred in the monkeys. Hence the name “monkeypox” was initiated. This virus was first found in rats in Africa. These mammals were the carriers of this disease.

While researchers were fighting smallpox infection, they found another disease called monkeypox. That is how it was discovered. Thus, the first case involving a human emerged in 1970. History tells us that humans caught this infection from animals.

Monkeypox Spreads from Animals to the U.S.

In April 2003, nine species and six types of rodents were imported from Ghana to Texas. There were approximately 800 small mammals in the shipment. It contained mice, dormice, brush-tailed porcupines, tree and rope squirrels, and giant African pouched rats.

After entering the USA, these animals reached a facility with prairie dogs. The dogs that were already there caught the virus from the imported animals. But they had no symptoms, so they were sold.

The pet owners and people who came into contact with these prairie dogs got sick. Thus, the outbreak of 2003 started in the U.S.

Monkeypox Spread from Humans to the U.S. Nowadays

The first case was disclosed by the Center for Disease Control and Prevention. In July 2021, an individual took two flights from Nigeria to the U.S.

The other case was reported in November 2021, when a U.S. resident returned from Nigeria. The concerned departments closely followed both cases. The suspects who came in contact were called afterward for any signs and symptoms.

The symptoms of this virus resemble smallpox. The person who catches monkeypox has the following symptoms:

How is it Transmitted?

You can catch the monkey pox by doing the following:

There is no designated treatment for the virus. The good news is that the vaccine can control monkeypox outbreaks.

The recovery time is at least a month. It is not a deadly disease until and unless you have certain health conditions. The reported mortality rate is less than 10%.

As a therapy for this disease, you should isolate yourself. Take lots of healthy food and rest. You can keep yourself busy by watching T.V., reading books, or games like playing blackjack online for free.

How Common Is Monkeypox?

Monkeypox is considered an advanced version of smallpox. It is not common, but it is a rare disease and is not transmitted easily. In the U.K., Europe, and the U.S., there are very few reported cases, while the spread of the virus is more significant in Africa.

Are Gay Men at Risk? 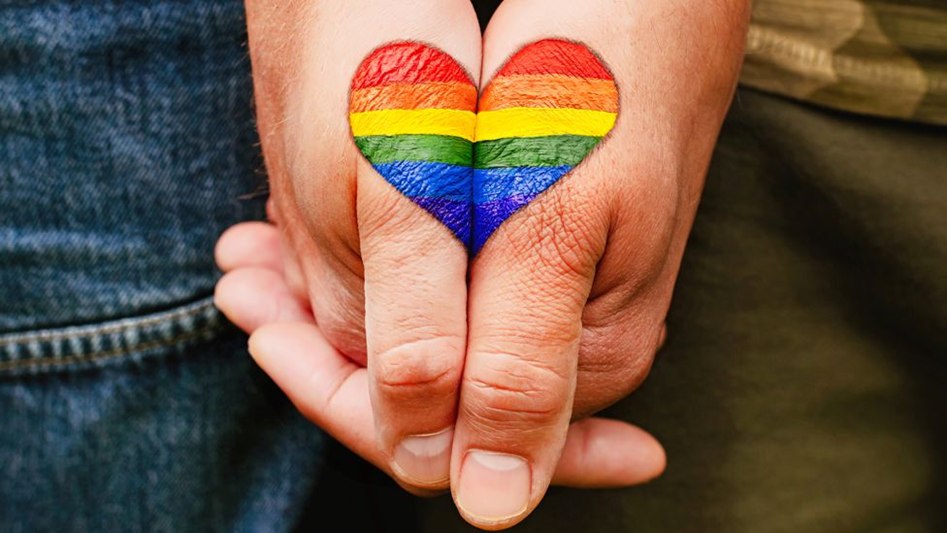 Lately, we have heard the news about monkeypox spreading among gay men at its peak. Is it true? This virus can be caught by anyone who comes within a short distance of someone with the virus. Many health facilities worldwide report more cases of bisexual and gay men than any other community.

The WHO even published a health warning to men who have sex with other men about this virus. However, avoiding skin-to-skin contact is vital to safety. Practicing safe sex, washing hands regularly, and wearing a mask are all essential care practices during this outbreak.

What Happens If You Get Monkeypox?

If you have eaten an animal with the disease or come into contact with an infected person, the chances of catching monkeypox are high. If you catch monkeypox, you may not feel any symptoms for the first few days. After five days, you may develop flu-like symptoms. These include exhaustion, fever, and headache. It takes up to a month to fully recover.

What Animals Can Carry Monkeypox?

The known suspects that carry monkeypox are monkeys, rats, apes, rabbits, mice, and squirrels. Other animals, like pets and farm animals, can also be the carriers, but there is limited research due to the low number of cases.

There is no cure for treating monkeypox. The only way is to either get vaccinated for smallpox or save yourself from getting monkeypox.

To avoid the virus, you must prevent animals and humans from being exposed to the disease. The people at risk are the healthcare professionals who work with teams that deal with monkeypox outbreaks. It also involves the ones who take care of these patients.

Precautions are the best way to be safe. You can also get yourself vaccinated against it to build immunity. In addition, you should practice good hygiene.

Having safe sex methods also saves you from the monkeypox and other infections.

Monkeypox does not discriminate. It can affect everybody by getting into their body through the eyes, skin, nose, and mouth. The most common age group to be affected is children under 15.

Africa has the most cases, and plenty of them are children. It is reported that people in the gay or bisexual communities have more reported cases than anyone else. Men who like to have sex with other men are at risk.

What’s the Difference Between Smallpox and Monkeypox?

Smallpox and monkeypox come from the same virus called Orthopoxvirus from the family Poxviridae. Both have similar symptoms and may be confused. The main difference is that monkeypox is milder. It also causes lymphadenopathy, in which lymph nodes swell. On the other hand, smallpox does not have this symptom.

Can Monkeypox Be Airborne?

It is believed that monkeypox can spread at a very close range. But can monkeypox be airborne? The experts recommend wearing masks at all costs. Special care should be taken by the health workers and people in this field. Someone may catch the virus through the air. It is a possibility if luck is not on your side.

How Was the Outbreak Controlled?

Health departments joined forces to prevent the outbreak from spreading to more people and areas. The U.S. Department of Agriculture, CDC, Food and Drug Administration, and other agencies are working on research and prevention of the outbreak.

Lab tests are being done; awareness programs have started to educate people about it. A ban on the import of rodents and prairie dogs has been imposed. African rats are also prohibited from being kept as pets in households.

How Can You Keep Yourself Safe During the Outbreak?

The risk of catching monkeypox is minimal. Yet everyone should be vigilant enough and follow these measures to ensure safety.

The doctors tell us not to worry about catching monkeypox. The current variant is not fatal, and the body recovers soon after fighting on its own. Only 5% of people do not survive the monkeypox. These are the ones who are too unhealthy to recover.

Will Monkeypox Cause a Pandemic? 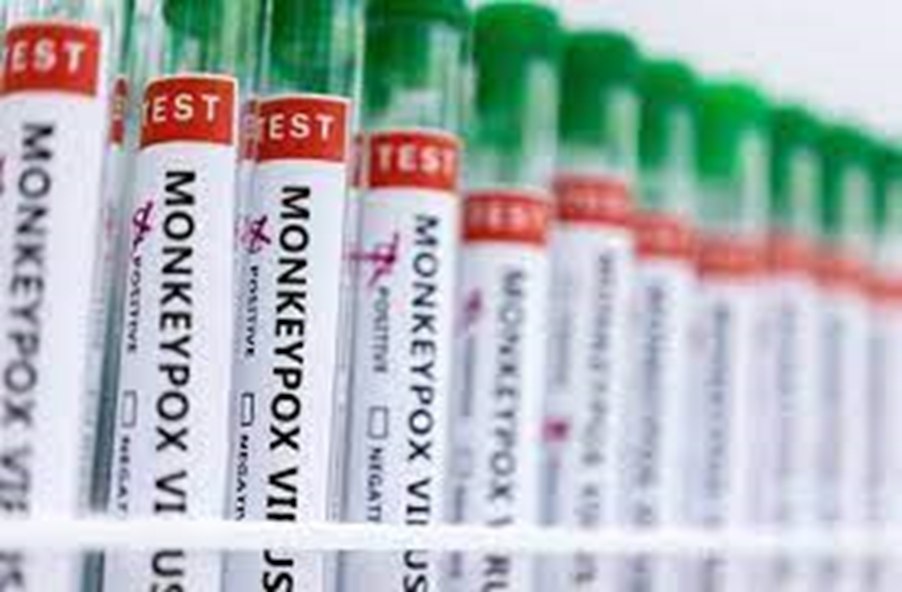 This question has been in our minds since this outbreak started. We know how it began in Africa, where it became endemic. In Congo, 10% of the people infected with the virus died. This virus has spread across the world through animals and humans.

COVID spreads the same like wildfire around the world. Thankfully, the variant of monkeypox that spreads in other countries is not as deadly as the African variant. The fatality rate of people with this virus is 1%. People are not dying from it like from COVID-19.

The good news is that monkeypox can be diagnosed. It also shows signs of rashes along with other symptoms that confirm the case. Also, people who have had smallpox vaccination either don’t get affected or get very few symptoms.

The monkeypox virus contains DNA, while the coronavirus has RNA. The RNA viruses spread quickly and mutate quickly, thus the pandemic across the globe. DNA viruses cannot multiply and only spread through very close proximity.

Therefore, this gives us hope that the monkeypox outbreak won’t become a pandemic. We can save ourselves by acting like responsible people and taking precautions.

These are the frequently asked questions about monkeypox. We answer all of them here shortly below.

Is There a Cure for Human Monkeypox?

No, there is no cure yet for human monkeypox. The only way is to keep yourself safe during the outbreak. Get vaccinated beforehand. If you get the virus, it fades away by itself in about two weeks.

How Do I Know If I Have the Virus?

Monkeypox is the milder version of smallpox. You have swollen lymph nodes in addition to flu-like symptoms, headache, and fever. You should get yourself tested if symptoms occur or if you think you may have contracted the virus from someone else.

What Animals Can Carry Monkeypox?

The known suspects that carry monkeypox are monkeys, rats, apes, rabbits, mice, and squirrels. Domestic animals like cats, dogs, hens, etc., may also have this virus. All animals are prone to infection, but research is limited to the ones mentioned.

Does the Smallpox Vaccine Protect You from Monkeypox?

Yes, smallpox and monkeypox come from the same virus. Therefore, the smallpox vaccine is reportedly 85% effective for monkeypox disease.

Can You Get a Test to Confirm This Virus?

Laboratories can confirm the infection of monkey virus DNA by a PCR test. The sample can test the Orthopoxvirus as negative or positive. It is the virus family from which smallpox and monkeypox belong. These tests are histopathology and virus isolation tests. Monkeypox testing kits are also available on the market nowadays. You can check yourself at home with these.

The rise of monkeypox is slow. It started in endemic areas of Africa. It is not quickly spreading worldwide, but its presence is a concern. Research is still on as this virus has spread recently. More studies on this disease will help us understand the virus and how to stop it.

Please don’t stigmatize individuals due to the disease. Anyone can catch it despite the community and sexuality. Instead, everyone should practice safe methods and precautions. It will help reduce the cases and prevent them from becoming a pandemic.

How to Deal with Incontinence as You Age?

The Different Types of Health Insurance Plans Available in the UAE

What Qualities Should a Private GP Have?

Career Options to Consider in Mental Health Care and Support