Canker Sores 101: Possible Causes And Symptoms To Watch Out For

Canker sores are reddish, small lesions that may form anywhere inside the mouth. While it shares a few of its symptoms with cold sores, canker sores aren’t contagious and they don’t form on the surface of your lips.

According to Medscape, up to 20% of people in North America suffer from recurrent aphthous ulcers—the medical term for canker sores. Knowing more about canker sores is critical in preventing them or in minimizing their impact. In this article, you’ll discover the likely reasons why canker sores develop and the signs to look for: 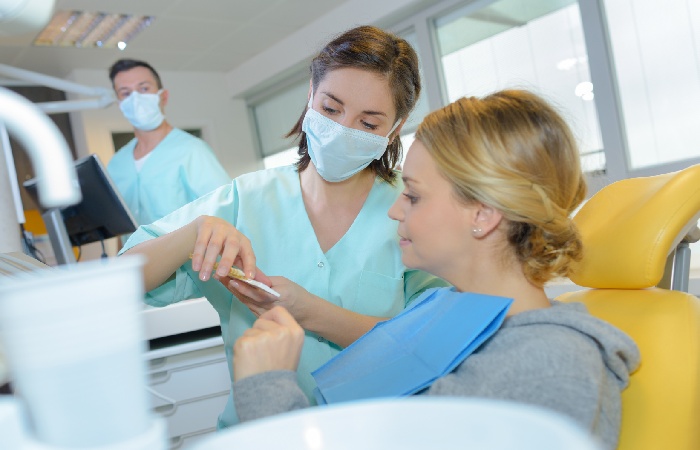 Unlike cold sores, which are predominantly caused by the herpes simplex virus, the exact trigger for canker sores is still unknown. But there are several contributing factors believed to set it off.

Dental Injuries – When you have dental appliances that rub against the mouth’s soft tissues, such as orthodontic braces, you may be more susceptible to canker sores. Accidentally biting your lip or cheek while eating, or injuries due to sports activities, may also trigger these ulcers.

Improper Dental Practices – Improper oral hygiene can contribute to the formation of canker sores. For instance, if you’re one who vigorously brushes their teeth, you’ll likely cause damages to the sensitive areas of your mouth, which could turn into painful ulcers.

If you already have one and wish to heal it as fast as you can, here’s a great post to read.

Weak Immune System – Poor immunity can impact your body in many ways. Some develop gastrointestinal problems, get colds, become lethargic, and feel stressed more easily.  In some individuals, it could manifest as reddish lesions with an off-white center, also known as canker sores.

Hormonal Changes – Canker sores are prevalent in persons aged 10-20 years, and up to 50% of the total North American population within this age bracket could get these painful lesions. This is likely due to the fact that they’re going through dramatic hormonal changes during the puberty stage. In the same manner, menstruation and menopause could also make women more prone to oral lesions.

Stress – Too much stress can lead to several health problems, including canker sores. When you’re stressed, your body gets inflamed. And persistent inflammation, along with the hormones and chemicals released by the body, can lead to canker sores.

Genetics – According to research, there’s a high probability that genetics play a role in an individual’s predisposition to mouth sores. Simply put, if someone in your family has recurrent aphthous stomatitis, you’re likely to develop the same condition.

Oral Medications – Specific drugs may trigger adverse effects such as mouth ulcers. These medications may include specific types of antibiotics, non-steroidal anti-inflammatory drugs (NSAIDs), beta-blockers, and immunosuppressants. In simpler terms, if you’re taking medicines for diabetes, arthritis, and cardiovascular issues, you may be more susceptible to developing sores.

Autoimmune Diseases – Individuals suffering from health issues that affect their immune system, such as lupus, Crohn’s disease, ulcerative colitis, and human immunodeficiency virus (HIV), are seen to be more susceptible to serious cases of [canker sores. Persons with Behcet’s syndrome may be most vulnerable, especially because it’s an inflammatory disorder impacting the blood vessels. Sufferers often experience oral sores, being that it’s the most common symptom of the disease.

Suspect cankers sores if you experience the following:

Up to 80% of oral ulcers are considered minor and should go away on their own in a week or two. However, some develop more serious flareups which may need medical intervention.

Seek an appointment with your doctor in case you experience the following signs:

In most cases, canker sores are nothing to be alarmed about, and the ulcers go away in one or two weeks. The lesions can make eating and speaking highly limiting and painful, though.

If you’ve been suffering from persistent pain, along with the other danger signs mentioned above, it’s best to have yourself checked to rule out any serious health problem.

Does Exercise Ever Seem Like Fun? How Long Does It Take to Enjoy It?

How to Help Someone with a Sprained Knee

How Can A Consultant Help Your Medical Aesthetics Practice?