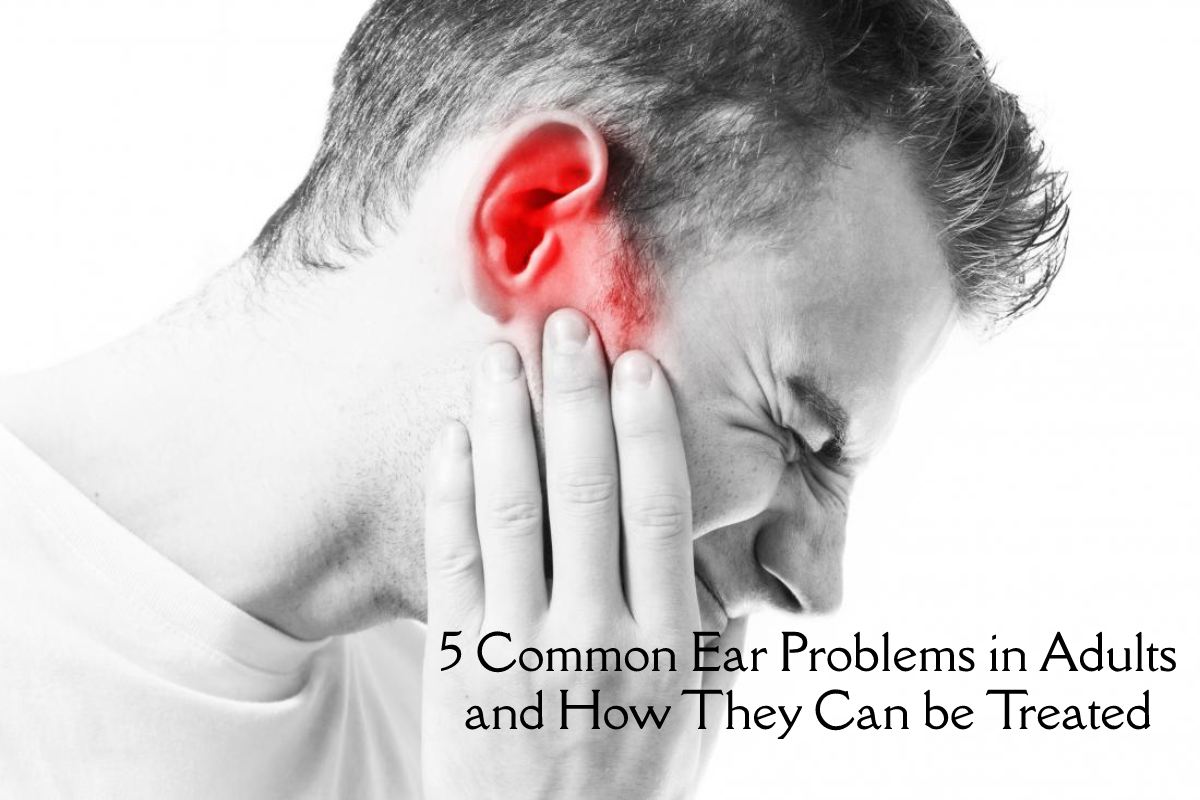 Ear problems aren’t a health issue that too many people are concerned about, but they are actually more common than a lot of people think. Ear problems are also usually associated with children, but many ear issues that affect children can also affect adults.

Though ear infections are more common in young children, some adults are prone to ear infections too. Ear infections in adults can be caused by allergies, changes in air pressure, colds, excess mucus, sinus infections, smoking, or swollen adenoids.

Fortunately, mild ear infections can be remedied at home. Over-the-counter (OTC) medications such as pain relievers (Tylenol or Advil) and ear drops can help with pain and other symptoms. A warm compress to the affected ear can also be helpful. As with any medical condition, if home remedies are not working, consult a medical professional.

Also known as earwax blockage, this happens when too much wax builds up in the ears. One suffering from earwax blockage may feel as if he/she is underwater and should not attempt to clear the affected ear with any object. Instead, adding a few drops of hydrogen peroxide to the ear may help soften the blockage and allow it to come out on its own.

This is an ear issue in which too much fluid builds up in the inner ear and usually affects younger and middle-aged adults. Unfortunately, there’s no known cause or cure for Meniere’s disease.

Sometimes these symptoms may go away on their own, but more often than not, those suffering from Meniere’s disease should see a doctor. Meniere’s disease can be caused by another illness, so it’s important to get a proper diagnosis.

Tinnitus is a ringing sound in the ears, which could remain caused by impacted earwax or Meniere’s disease. It also associated with age-related hearing loss. Sometimes certain medications can cause a ringing sound, so this symptom only lasts for a little while. Other symptoms include:

Tinnitus is also a result of exposure to loud sounds for an extended period of time. If you work in an environment where there are constantly loud noises, be sure to wear the proper ear protection, as there is no cure for tinnitus. Also, make sure that there isn’t a recall on the earplugs you’re using, such as with the 3M Combat Arms earplugs that weren’t effective and resulted in tinnitus and/or hearing loss in those who used them.

The most common sign of vertigo is a feeling of being off balance and is usually caused by an inner ear problem, such as Meniere’s disease. There are several symptoms that associate with vertigo, and most of them are triggered when there is a change in head position:

Most of the time, vertigo will go away on its own, but some medications can help alleviate many of the symptoms. When vertigo caused by an infection, antibiotics given as a form of treatment.

If you’re experiencing any sudden changes in your ears, it’s important to consult a doctor to get an accurate diagnosis. Ear problems can be a side effect of something minor, or they can be a symptom of something more serious.

5 Reasons To Pursue A Career As A Community Support Worker

3 Anti-Aging Supplements You Should Know and their Health Benefits

Protect Your Business With Workers Compensation