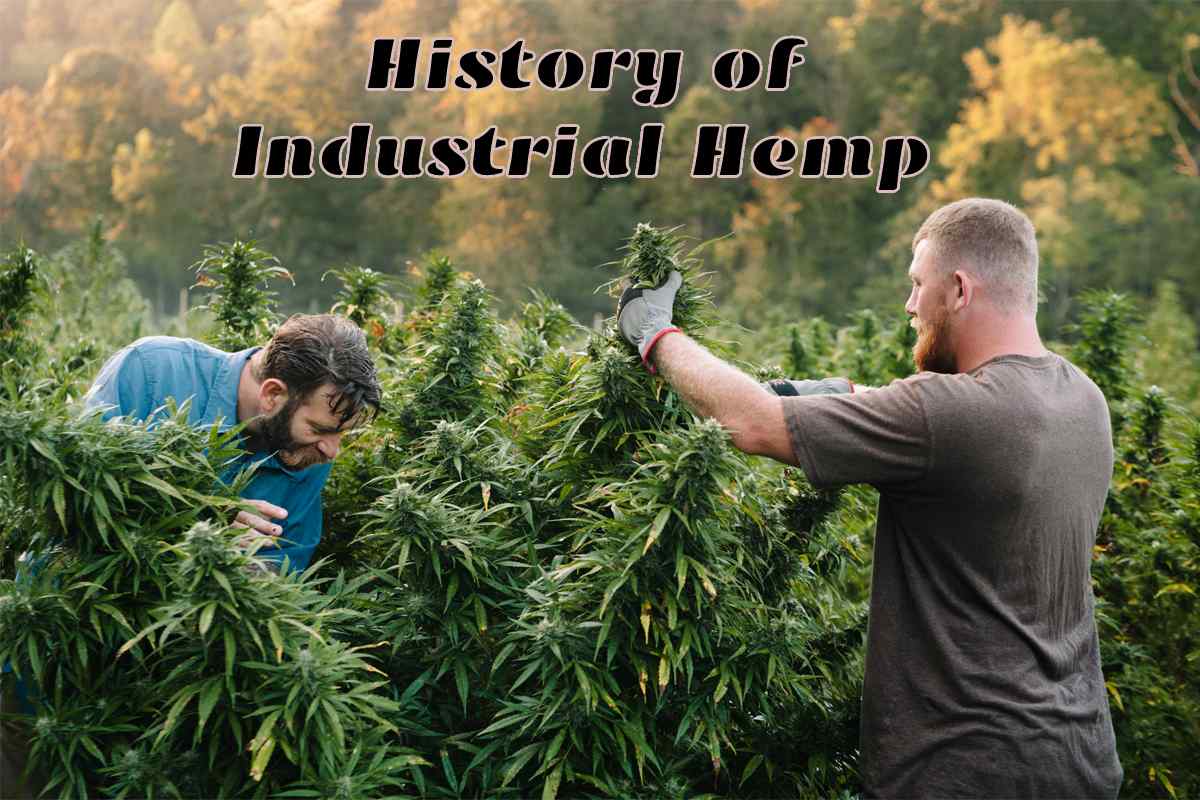 The hemp plant is famous for its various health and industrial benefits around the world. With the change in legislation, hemp production has become official for commercial purposes. It means you have the opportunity to invest in hemp or CBD products and generate expected profits.

Everything, especially plants, has history! You may have heard that hemp and CBD have been used for ages. But have ever wondered about the history of hemp? Like since how many ages people have been using it? Or how hemp was found and used for medical purposes?

Similarly, there’s a collection of questions related to hemp and CBD history that are unanswered. But this article is here to answer them all. In this article, we have included a detailed history of Hemp and CBD extraction for a better understanding.

Even this guide will also uncover how various industries use industrial hemp to produce consumer products. Before we jump to history, you must know what exactly industrial hemp is and how it’s different from consumer hemp.

So, let’s get started!

What is Industrial Hemp?

Industrial hemp is botanical cannabis grown on a large scale for CBD and THC extraction. Like bamboo, hemp grows quite fast and can be grown in large quantities throughout the year. But the US government regulates the cultivation of hemp in the United States.

It means legal hemp cannot get a person high directly and is for industrial purposes only. Manufacturers may have to comply with DEA but hemp is productive enough for manufacturing processes. From oils to construction materials, this hemp is perfect to produce various products.

Now, we know what is industrial hemp and how it’s different from normal one. It’s time to explore the most awaited part ‘History of industrial hemp’.

It may surprise you that hemp originated even before 8000BCE in Central Asia. That’s why it’s considered one of the oldest crops on the planet. In 2000 BCE, hemp got its popularity in the eastern world as medicine, edible, and even for clothing.

But the real game started in 800 BCE when traders began trading hemp products worldwide. The famous Silk Road was highly used for hemp trading to Germany and other European areas. After that, China started using hemp to produce paper materials in 200 BCE.

The usage of hemp continued in the same way until it spread to North America in 1500 AD. Hemp was planted in Chile and used for various purposes such as paper, rope, and lamp fuel in the 1600s. After a century, US laws told farmers to cultivate hemp in colonies.

Hemp was also a part of World War in the 1940s, especially between 1942-and 1945. The reason for its wide usage in the war was the property of healing, pain relief, and relaxation. At this time, the US experienced the largest hemp boom as 400000 acres of hemp were planted.

Despite its benefits, a radical shift in the culture and term marijuana banned large-scale hemp production. Marijuana was used for substance abuse and led to hinder the agricultural boom of hemp in the US. Thus, the last hemp plantation is documented during the 1950s in Wisconsin.

US laws may have restricted hemp plantations to avoid substance abuse in the country. But the story doesn’t end here! Hemp was used for CBD extraction which got popularity as a proven medication for seizure disorders. Even the DEA has removed it from the list of controlled substances.

In 1946, Walter S. Loewe documented a case study that was used to research CBD isolates on animals. The test of CBD, CBN, and Delta 9 THC was performed on rabbits and mice. However, the chemical structure was yet to be described.

Raphael Mechoulam identified the chemical structure of the compound and became the godfather of modern cannabis. In 1964, he confirmed that Delta 9 THC creates psychoactive effects of cannabis instead of CBD.

According to farm bill 2018, any CBD product or isolate with less than 0.3% THC is legal and can be used for production. That’s why CBD extraction is at its boom and making industrial hemp aid different industries worldwide.

The hemp plant is famous for its use in manufacturing building and construction materials. Manufacturers use industrial hemp for insulations, plastics, and hempcrete. Especially the plastics are cellulose-based and utilized for multiple purposes without harming the environment.

Besides construction, industrial hemp has various productive uses in the agriculture industry. Hemp is rich in protein, fiber, and nutrition required for animal feeding. If you’re looking to create animal bedding, the fibrous properties of hemp offer the highest absorbency.

You may have noticed in hemp history how it was famous for producing clothes and textiles. The reason behind its wide usage is its durability and bioavailability. As a manufacturer, you can use it to produce ropes, cordage, clothes, and even paper materials.

Industrial hemp especially CBD holds popularity and has been used for medical purposes for decades. It has potential health benefits to treat stress, depression, sleep disorders, seizure, and chronic pain. Furthermore, you can also use its skin products for treating acne, inflammation, and eczema.

Pressed hemp can also be used to produce cooking oil and various edibles for human consumption. It’s flavorful and offers a complete set of nutrients you expect to form a high-fiber food. Even some manufacturers are trying to use hemp plants as biofuel to alternate non-renewable fuels.

Conclusively, there’s an interesting history of the hemp plant which makes it one of the oldest plants on the planet. But hemp was famous for a reason! Since 2000 BCE, hemp has been famous for clothing, textile, and constructional purposes.

Moreover, some innovative manufacturers keep exploring the new properties of hemp and CBD. It means we can expect more uses of CBD extraction in the future.

5mm Vs. 10mm Weight Lifting Belts: Which Is More Effective?

Cbd For Dogs: What It Is And How It Can Help With Pain Or Anxiety In Your Dog