How To Deal With Insomnia Without Medication 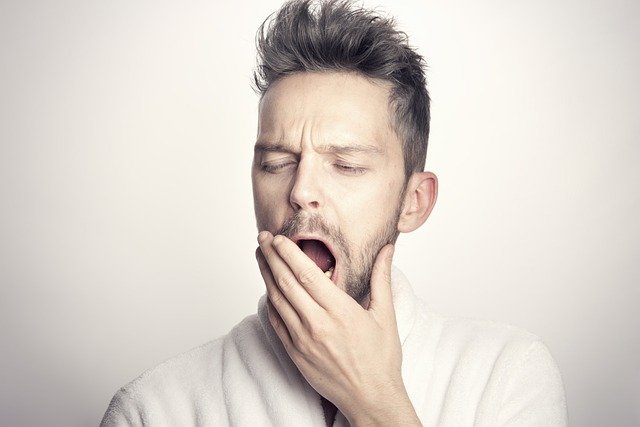 Most People Deal With Insomnia At Some Time
Medication – It’s hard to imagine anyone making it all the way through life without a few struggles with insomnia. In fact, 70,000,000 Americans suffer from insomnia. People have difficulty sleeping for a variety of reasons. There are certainly situations where there’s little that can be done. Some individuals simply don’t need as much sleep as the rest of us.

Where most need six to eight hours a night, some people only need two or three. For people in that situation, finding rest may not be easy any time. Then again, they may not have much of a need for it. Physically, if you’re of that genetic minority that only needs minimal sleep, insomnia won’t be as much of a bother because it’ll represent your natural equilibrium.

However, for most people, this is unacceptable. Accordingly, here we’ll briefly explore seven different tactics that can help you achieve a good night’s sleep on a regular basis.

Exercise has a paradoxical quality in that it simultaneously gives you more energy, and makes it easier for you to sleep at night. If you work out in the morning, you’ll be energized for your work day, and by the time you’ve finished your daily responsibilities, your body will virtually demand respite. So if you’re not exercising and have insomnia, try working out.

2. Eat The Right Sort Of Food

Some foods are going to keep you awake. Foods that have a lot of carbohydrates are apt to make you energetic. The same is true when it comes to excessive sugars. Also, overly processed foods and foods thick in either chemicals or synthetic foodstuffs can affect your ability to rest.

For a lot of people, eating before bed is a bad idea. This isn’t the same for everyone. The younger you are, and the healthier you are, the less this matters. Really, health is the primary issue here. When you don’t have proper health, digestion becomes more difficult, and your stomach becomes more “finicky”.

Some people are genetically predisposed to acid reflux, but for many it develops as a consequence of poor dietary habits. They eat foods that have an acidic content which is too high, or they drink too much coffee too regularly. These things make the stomach a lot more acidic, and as a result, “heartburn” develops.

4. Consider Changing Up Your Mattress

Another good idea is changing your mattress—especially if you’re part of a couple. Sometimes your insomnia has to do with a significant other who can never get properly comfortable. Sure, they sleep, but they toss and turn through the night, and this keeps you from getting rest. So they wake up fresh, and you get an hour or two of sleep a night.

A good fix for a problem like that is a new mattress, such as this mattress for couples. Perhaps they toss and turn because they aren’t comfortable, and their discomfort becomes your insomnia.

Have you ever eaten a big meal at lunch, found yourself tired, then found a couch to nap on for a few hours? This is a Sunday tradition for some families after the potluck at church. In any event, if you don’t suffer from heartburn and you’re generally healthy, it may be a good idea to get a late night meal before bed. Europeans commonly eat at around 10:00 PM.

Static sounds such as white noise can help you sleep. If you aren’t fond of how static sounds, you might want to put on the sound of ocean surf, or a trickling river. For some, the television being left on is a great aid in sleep.

For others, music in the background helps—and not always the music you think. Certain people like electronica, others like hard rock, others like classical music. Whatever music allows you to drift into a reverie that becomes dreams is worthwhile.

Caffeine will keep you awake, try not to drink any past five in the evening. Day naps also reset your sleep cycle. If you get an hour nap at two in the afternoon, you’ll probably have trouble getting to bed before midnight. Cut out late-night caffeine and day naps.

Regular exercise, eating the right food, avoiding meals before sleep if you’re prone to heartburn, eating certain foods right before bed if you’re not, changing your mattress, putting music or white noise on in the background, avoiding caffeine, and steering clear of “day naps” can all help you sleep easier at night. Explore some of these tactics to see which fit you.

What You Need To Know About Ostomy Pouching Systems

How to go Organic – Start with Food

Exploring The Importance of Gut Health

Have a Successful Pregnancy by Intrauterine Insemination